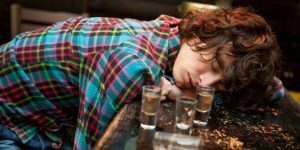 A new report looking at rates of binge drinking in U.S. cities found that among this country’s small cities, Charleston has the 7th highest rate of adults who binge drink.

More than 40 million Americans (about one in six adults) indulge in binge drinking. The CDC defines binge drinking as consuming four standard drinks in a two-hour span for females and five for males. Binge drinking has been on the rise over the last decade with more than 8 million new binge drinkers since 2010.

Given the growing prevalence of excessive drinking in the United States, researchers at 360 Quote wanted to explore which cities report the highest rates of binge drinking. Using data from the CDC and the U.S. Census Bureau, they examined binge drinking across America.

The analysis found that Charleston has the 7th biggest drinking problem among small cities in the U.S. with 21.6% of adults being binge drinkers. Here are some other numbers on the Holy City:

For reference, here are the statistics for the entire United States:

For more information, a detailed methodology, and complete results, you can find the original report here.