Based In NYC, Swede Native Has Been Touring In Tribute Band For Past 12 Years 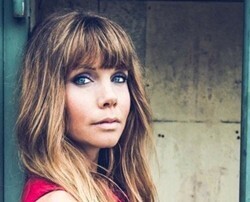 Just 37 years old, singer songwriter Matilda Lindell has been portraying another worldwide entertainer for nearly one third of her life. For the past 12 years Lindell, a native of Sweden has been gracing stages all across America as fellow Swede Agnetha Fältskog, one half of the original married couples that made up the 1970’s super group ABBA.

Since 2008 Lindell has performed with the highly acclaimed ABBA The Concert, a tribute to ABBA tour. “I was in music college when they were auditioning for the band, but I had no plans to walk in. One of my teachers said ‘you should go in, you’ll definitely make it’. So I went in. Here I am a brown haired young woman trying out for a part of one of Sweden, and pop music’s most iconic figures.” 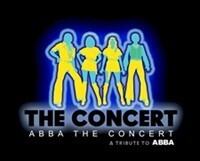 At the time of her audition Lindell was not particularly an ABBA fan, but she did have a voice, and was pursuing  a career in music. She was a much sought after singer at the time.  “I was extremely passionate about music, it was my life! I was very intrigued by my teachers encouragement so I made an effort to try to postpone a rehearsal to have time to audition. I’m so glad I did!”

Regarding ABBA she adds, “No matter what generation you come from, everyone in Sweden knows ABBA. They have become icons in my home country and are a part of the Swedish culture. But when I started singing the songs and really put my heart into their music, I totally fell in love with it.”

Three decades removed from ABBA’s radio success, Lindell admits ABBA wasn’t high on her radar. “They weren’t that important to me, but of course I knew their music. So I went in and sang ‘Knowing You, Knowing Me’, and after that they asked me to do ‘Dancing Queen’ with another girl who was auditioning.” Lindell adds, “They had me come in the next day to sing ‘The Winner Takes It All’, and before I knew it I was in the group. It really all kind of happened that fast.”

While there are several ABBA tribute groups touring the world, ABBA The Concert is regarded as the best of the best. “I haven’t seen any of the other bands so I couldn’t weigh in on that. I do know we’ve really worked hard over the years to perfect the show, and the consistency. We often hear from our audience that we are the best ABBA show they’ve ever seen. It means the world to us!”

While there is a basic formula Lindell and her fellow entertainers follow, they like to break it up. “Every show is unique. Of course we know what we’ll be singing and the basic format for each show, but we still like to have fun with it and hope the audience feels that same energy. We want to leave everyone in the audience with an musical experience.”

Although she slips into the character of Agnetha during her time on stage, Lindell easily separates the famed person from herself. “We all know we’re portraying an iconic group from pop music history, and our goal is to portray ABBA in the best light possible. I put on a blonde wig and the flashy clothes that made ABBA famous. It’s fun. And of course we have a good amount of choreography. That was a big part of ABBA as well.”

Consistency has been a mainstay for Lindell. “We’ve had a few member changes in the band over the years, but I’ve gone out every time. I enjoy it. There’s just so much excitement and anticipation every time we go out on stage. And I love singing and seeing how the audiences react. The crowds really get into the show.”

ABBA The Concert performs regularly spring through summer. “We normally do about 40 to 45 shows a year, and only in the United States. Lindell says she performs as well in her native homeland. “I actually initiated and produced an acoustic ABBA show in Sweden with part of the band, with my colleague Mia, that was very successful. The band performs shows in Sweden, both public and corporate.”

With all of the original ABBA members still living, Lindell says none have caught ABBA The Concert live. “I think they are aware of it, but as far as I know, none have seen the show.” Lindell has sung for Björn Ulvæus in the past. “I was doing back up vocals on ‘Winner Takes It All’, for a show featuring another Swedish artist, and Bjorn was in the audience. We didn’t meet. I did however meet Benny (Andersson) at a gym in Sweden, but played it cool.”

While ABBA rose to fame with countless hits in the 1970’s, their fame re-emerged in 1999 with the highly successful musical ‘Mamma Mia’ and the subsequent 2008 movie. Oddly Lindell has never seen the stage production. “Not sure why, just hasn’t happened. ‘Mamma Mia’ the musical was up in Stockholm for a limited time around 2005. I did not have the opportunity to see it then.”

She has seen the film and the 2018 follow up ‘Here We Go Again’. “Obviously the first film has been out much longer, so I’ve seen it a few times. Doing what I do now kind of gives me a stronger connection to the movie, but honestly I think I prefer the second movie.”

Lindell explains her preference. “The first movie was very happy, happy, and everyone knows the songs. But the second movie had some interesting song choices, and because they were lesser known it made for a unique story.” Lindell says they’ve added some of the songs into the show. “We’re always trying to keep it fresh. I believe we have a good balance, enough to keep audiences happy.”

When not out on tour Lindell hangs her hat in New York City. “I’m actually a United States resident now. I go back and forth between New York and Stockholm.” She stays busy in the music industry. “I teach singing lessons, and spend a good bit of my down time writing and recording songs.” 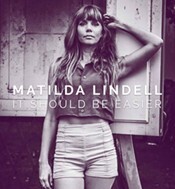 Lindell’s debut album ‘It Should Be Easier’ released in 2017 features a mix of 10 heartfelt ballads and up-tempo pop songs. “I write a lot of love songs. Songs about finding love and losing love. Writing a song is like therapy to me. I can write about what I’m feeling.” Her songwriting has much in common with the tribute show. “I’m always trying to be honest with myself as a songwriter and as an entertainer.”

She has a new single set to be released the same day ABBA The Concert performs at the North Charleston Performing Arts Center. “I’ve re-arranged a few ABBA songs. Stripped them down,  and re-harmonized them. Let’s just say it’s a different musical journey.”

The exposure Lindell has been provided with the tribute show has widened her appeal. “Now I have an audience of my own, and people who follow me on social media. Hopefully with the new release it will continue to grow. The single ‘One Of Us‘ is set to break on February 21st, which is the same day we perform in Charleston.”

Lindell can’t recall having played Charleston in the past, but is looking forward to adding the low country to the growing list. “We’re playing new cities every year, and people are asking up to come back, which is nice. I know we’ve performed in Myrtle Beach so we do get to the south on a regular basis.”

ABBA The Concert has been going strong now for over 20 years, with Lindell a main constant the past 12 years. A youthful 37 and with a unbridled enthusiasm she sees no end to the ABBA ride. “As long as we’re having fun. We can’t be the original ABBA. We try really hard to sound like ABBA, and with the outfits and the interactions between us on stage, we do our best to provide the audience with the best show possible. We have added in choreography, but ABBA didn’t really have much of it. But we wanted it to be more visually appealing, more of a show. We brought in elements of what they did into our choreographies.”

If the commitment is there Lindell will be on stage. “It’s important to portray ABBA with every ounce of authenticity we have. We realize the music brings back so many fond memories for the fans of ABBA. For me it continues to be fun. I’m a blonde on stage, yet I know I’m still Matilda Lindell, not Agnetha. I’ll be out as long as I feel I’m giving fans all they deserve.”

With so many ABBA songs, does Lindell have favorites to perform. “‘The Winner Taker it All’. It has such intimate and emotional lyrics and it’s just a time in the show where the whole band comes together in a focused way. It’s a song where I can really connect with the audience. I love ‘Dancing Queen’ as well, when the audience is very engaged and we can have a lot of interaction. The audience is really the best part of the show.”

ABBA The Concert will make a tour stop at the North Charleston Performing Arts Center on Friday February 21st. “I promise it will be lot of fun.” For more on Matilda Lindell and her music visit her website at https://www.matildalindell.com/

For more on ABBA The Concert a Tribute To ABBA visit their website at http://www.abbatheconcert.com/

3 Secrets to Get Discount Tickets for Dear Evan Hansen Musical