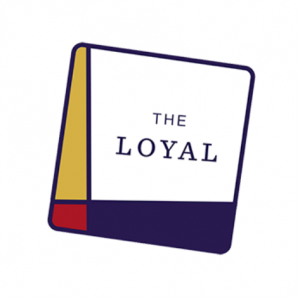 JF Restaurants, the New York City-based hospitality group founded by restaurateur and Michelin-starred Chef John Fraser, is opening its first Charleston restaurant this fall. Fraser’s neighborhood brasserie, The Loyal, will open on the ground floor of the Greystar building at 465 Meeting Street. This is will be the second location for The Loyal, with the original on Bleecker Street in New York City.

A representative for the restaurant said The Loyal is inspired by Fraser’s nostalgia for classic American establishments and the romance of European bistros. The Charleston restaurant will share a collection of signature dishes from its New York counterpart, but with a significant portion of the menu inspired by Southern ingredients. The Loyal’s signature dishes include a ½ Pound Piedmontese Burger with a 22-step tomato, Duck Fat Tater Tots and the family-style dessert platter: The Candy Shop & Sundae Set.

On Friday, March 6th, Charlestonians can get a sneak peek of The Loyal as Chef Fraser and his team take part in the Charleston Wine & Food Festival’s Culinary Village. Fraser, whose Greenwich Village restaurant Nix is the only Michelin-starred vegetarian restaurant in the U.S., will showcase vegetable-led dishes as part of the day encouraging a more sustainable way of eating.

No opening date for The Loyal in Charleston has been announced at this time. You can see what the New York City location offers here.

In addition to The Loyal and Nix, JF Restaurants is also behind 701West, Paradise Club, and Ardor in Los Angeles. Born and raised in Los Angeles, Chef John Fraser refined his fine dining expertise under the mentorship of Thomas Keller at The French Laundry in the Napa Valley before working abroad in Paris. After moving to New York City, he worked at Snack Taverna in West Village before becoming Executive Chef at Compass, which was awarded two Michelin stars.