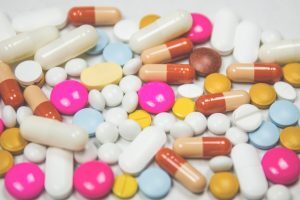 On Friday, 31 January 2020, a lawsuit was filed by Brittanny Todd against local and state law enforcement agencies for the gross  negligence which led to an unremitting nightmare involving kidnapping and assault for both her and her family. After his release from prison at the beginning of February 2018, Thomas Lawton Evans immediately went on an alcohol and drug-induced crime spree, which led to Brittany being assaulted and her 4-year-old daughter kidnapped. While her daughter was found the following day and Evans subsequently sentenced to four consecutive life sentences, the Todd family believes the entire devastating ordeal could have been avoided if  law enforcement had done their jobs.
No rehabilitation took place in prison
One of the Todd family’s first claims is that the Department of Corrections displayed gross negligence by not providing Evans with the necessary mental health and addiction treatment he clearly needed while in prison for a previous offense. According to the National Center on Addiction and Substance Abuse, the majority of  U.S. inmates struggle with addiction. Unfortunately, as was the case with Evans, not many inmates receive the treatment they desperately need, which increases their risk for relapse significantly. According to an experienced team at Pacific Ridge, a  drug rehab in Portland, Oregon, anyone living with addiction needs guidance – and this applies even to convicted criminals.
A nightmarish spree ensued
Shortly after his release from prison, Evans moved in with Sharon ‘Nannette’ Hayden, an old childhood friend. On 3 February 2018 Evans reportedly stabbed Hayden and stole her car. Evans claimed that Hayden ran into the woods after being stabbed, but to this day, her body has not been found. Although Hayden’s family reported her as missing and alerted law enforcement about her connection to Evans, she was never entered into the missing person’s database. The day after the stabbing, deputies from the Charleston County Sheriff’s Office came across a highly-intoxicated Evans, who was trying to use a  number of non-working credit cards outside a convenience store. Evans was questioned briefly but not detained, which allowed him to continue on his drug and alcohol-fueled rampage.
The outcome could have been very different
Although Evans had already spent time in prison when he attacked both Hayden and Todd, the probability exists that the outcome could have been a lot different if he had received the help he needed while incarcerated. Curated substance abuse rehabilitation programs have been found to reduce criminality and inmate misconduct, as well as recidivism, which is the act of repeating a criminal offense. Although there is no way of telling whether Evan would have stayed out of trouble if he was adequately rehabilitated in prison, the likelihood of him making a fresh start would have been substantially higher.
Despite being responsible for excessive medical bills, the Todds are adamant that the lawsuit is not about the money. Instead, they are hoping that it will lead to a reform in various policies that apply to not only the rehabilitation of addicts in prison, but how criminals are tracked as well.

Find the Right Toy for You