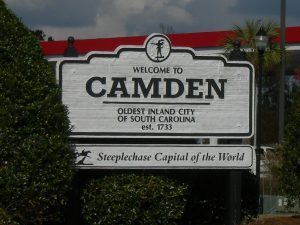 The time honoured Carolina Cup race meeting will return to Camden’s Springdale Race Course in just over two month’s time. The annual “rites of spring” is expected to draw in over 70,000 racegoers from all across the state on the 28th March 2020, and once again promises to deliver thrilling steeplechase action amongst plenty of tailgating, charity fundraisers and spring fashion shows. 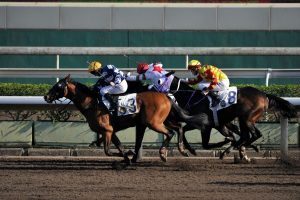 This year marks the 86th edition of the Mullikin Law Carolina Cup Races. Although the event doesn’t have the international reputation that other meetings in the horse racing betting landscape have, such as the American Grand National and the UK’s Royal Ascot, it nonetheless remains a popular event with racegoers in South Carolina, as well as being a significant one in the Camden calendar. In fact, the Cup is the current holder of the National Steeplechase Association’s record for race attendance, having set a new record with 71,000 people in 2002.

Annual tradition dating back to the 1930s

This annual race dates all the way back to the 1930s, and its history is closely linked with that of US racing itself.

Springdale Racecourse as we know it today was first purchased by two native New Yorkers, Henry Kirkover and Ernest Woodward, who established two annual races: the Carolina Cup in the spring, and the Colonial Cup in the fall. However, after changing hands again during the 1940s due to financial difficulties, Springdale was eventually purchased by Marion du Pont Scott.

America’s First Lady of Racing was the perfect fit for the Carolina Cup and Camden itself, which established itself as a thoroughbred training centre early on in the 20th century. Numerous champion racehorses have enjoyed their winter’s rest in the town, including the 10-time championship winner Ruffian. Du Pont Scott even counted a previous winner of the Camden Cup in her extensive stable – Trouble Maker, who won in 1932. But the best horse to carry her famous pink and blue colors was the incomparable Battleship, the “American Pony” who rode to victory in both the American Grand National and the Grand National at Aintree – the only horse in racing history to have ever achieved such a feat.

A true horsewoman in life and beyond, Marion du Pont Scott bequeathed the entire 600+ acre Springdale Race Course to the South Carolina state upon her death in 1983, provided that the land remained solely for equine use, as well as a million dollar endowment for the course’s upkeep.

Today, the racecourse is managed by former champion jockey, Jeff Teter, and the Carolina Cup remains an annual celebration of Camden’s love for thoroughbreds and steeplechase racing.

Springdale’s gates will open at 9 am sharp on 28th March. The hospitality terrace and lunch tents will open at 11 am, followed by the Color Guard at 12.15 pm, presented by the cadets and the prestigious Camden Military Academy. After the National Anthem is sung at 12.45 pm, the horses will begin to make their way to the paddock and the first race will set off at 1.30 pm.

After changes in 2017 combined the annual spring and fall meetings into one, a total of six races will run this year including the Grade 1 Marion du Pont Scott Colonial Cup, the $75,000 Carolina Cup, and the Carolina Cup Hurdle Stakes, which is open to horses in their first season of jump racing.

The exclusive Turf Club will also make a return this year, with passes costing $1,500 for access to the all-inclusive luncheon tent and a seat in the grandstand box. The more modestly priced Post & Paddock package includes lunch, an open bar, afternoon snacks and a ringside view of the parade paddock for $100. General admission tickets are currently available at an early bird rate of $30 until 14th March 2020, after which prices will increase to $45. For more information on tickets, including tailgating FAQs and specialized corporate hospitality packages, visit the official Carolina Cup website.