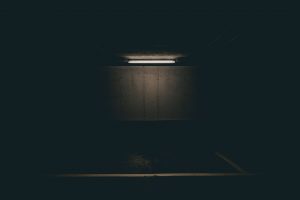 Escape room games, which are known to some as exit games, saw over the past few years an explosion of interest and growth. The games involve being placed in a room for a specific duration, and the only way to escape is by completing a series of puzzles or solving a set of problems. The phenomenon was thought to have begun in Japan a decade or so ago and in the last few years, it has rapidly spread across Asia and Europe.

Hungary has also become the escape room hub and in 2011 Attila Gyurkovics launched the first franchise called Parapark. Amid the growing popularity, Red Bull, the energy drink manufacturer, was sponsoring the Escape Room World Championships and last year’s (2019) edition was held in Shoreditch, London. In the US, especially in Las Vegas, escape games are all the rage as we speak, among friends, family members, and coworkers alike. A recent article on the Trapped Escape Rooms’ website even listed escape rooms as one of the best things to do on Halloween. But why exactly is the world going crazy over escape room games? Below we look at the reasons why exit games have become very popular.

The Hero Aspect of the Games

There’s a popular saying that goes like, everyone is a hero in their own ways. This is basically because each and every one of us is unique. However, some people are more “equal” heroes than others, just because they get a platform or opportunity to prove so. Well, playing the escape room game involves solving a set of puzzles to escape it, which means it gives people the chance to be the heroes of their teams. Having grown up watching TV shows such as Sherlock and Doctor Who, people’s curiosities for the games naturally spiked as they now have the opportunities to act out what they used to only see on TV as they get to play the heroes.

The game masters who design the escape rooms have created them to have an air of mystery and this largely draws out people seeking adventure and challenges. Finding new ways to solve the many puzzles in different rooms feeds the explorer in you as you have to be always seeking to find the next clue or hint in pursuit of your escape. The added bonus of multiple escape rooms coming up in various cities around the world makes traveling a lot more appealing to avid lovers of the game.

The Fun Aspect of the Game

The exit games require you to work in teams, and this is one great way to bond and socialize with your fellow teammates. Your teammates could be your family, friends or even total strangers that you have just met. Solving puzzles and facing challenges together as a team strengthens cooperation among its members as it shows how your different strengths can complement each other. It can even help improve how you deal with the challenges of teamwork in the workplace. The fun part of the game is that the puzzles and experience are what make them a great way to spend time with friends, colleagues and family because win or lose, everyone is guaranteed of having a great time.

Needless to reiterate, the challenges experienced in escape rooms require team members to sharpen their thinking and also their fitness levels as some puzzles may require a significant amount of physical activity. This is especially the case for puzzles that require crouching, jumping, and running, among others. While this is no ticket to bail on your gym or exercise routine, it is far better than chilling at home playing video games or watching TV all day, which comes with various health repercussions. Critical thinking is also sharpened as the puzzles vary from one escape room to another, making you dig deep in your brain to come up with solutions. 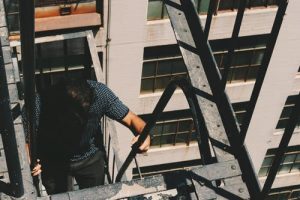 Enough can’t be said about these new-age immersive and extremely thrilling games of the modern-day, and the list of benefits they bring is literally endless. Escape rooms seem to be on the rise in popularity and given the above reasons, it is hard to not agree with that. With the growing number of escape rooms in different cities across the world, you might just find yourself trying to solve a puzzle in one of them. If it’s not mere curiosity, it’s also likely that some of these reasons are what led you to this page!

How to Become an Interactive Book Writer?

Top Benefits of Hemp Seed Oil for Your Skin