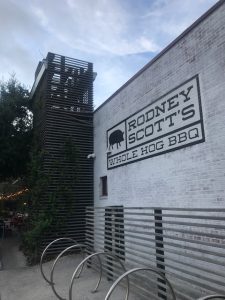 Rodney Scott’s BBQ last week announced their plans to expand into the city of Atlanta this year. Headed up by the James Beard Award-winning Rodney Scott, the restaurant currently has locations in Charleston and Birmingham, Alabama.

The precursor to the pitmaster’s growing empire is Scott’s Bar-B-Que, his family’s convenience store and eatery in Hemingway, South Carolina.


According to Atlanta Magazine, the new restaurant will open in April in the “historic MET development in Adair Park (680 Murphy Avenue Southwest), alongside a coffee and cocktail bar and the Mammal Gallery.”

Scott also told the periodical that he’s already planning his next expansion into Trussville, Alabama.