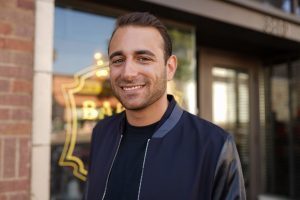 Comedian Evan Berke will return to the Holy City for his first Charleston show in almost 3 years when he performs at the Woolfe Street Playhouse on Saturday, January 18th at 9:30 pm. His show is part of the Charleston Comedy Festival.

Opening the night will be Mario Tory (Comedy Central’s Hart of the City; Kevin Hart Presents: The Next Level; BET’s 50 Central). Local favorite Deshawn Mason will host the show.

Atlanta native Evan Berke began his comedy career doing open mics as an 18-year-old College of Charleston freshman in 2009. He soon graduated to performing and producing shows at Theatre 99, the Charleston Music Hall, and Woolfe Street Playhouse. Berke was also instrumental in growing the local scene as Comedy Director of the annual “Jail Break” Music & Arts Festival. In 2013, Berke moved to New York City to advance his career and has since performed at many legendary clubs including Gotham, The Stand, Comic Strip, and the Broadway Comedy Club. He also hosts and co-produces PechaKucha x Brooklyn and served as an on-air reporter for TMZ.