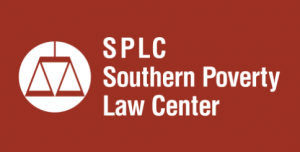 MONTGOMERY, Ala. – Last Friday, former South Carolina Governor Nikki Haley stated that the Confederate flag was about “service, and sacrifice, and heritage” until Dylan Roof “hijacked” it while simultaneously blaming the “national media” for wanting to make the story about the Confederate flag. The following statement is from Southern Poverty Law Center Interim CEO and President Karen Baynes-Dunning:

“The only thing Dylann Roof hijacked in Charleston, South Carolina on June 17, 2015 was the lives of nine innocent Black people and the loved ones they left behind.

History books show that the Civil War was actually fought to maintain the institution of slavery, with over 750,000 American lives lost in the wake of treasonous acts. Their self-serving actions did not represent service, sacrifice, or heritage.

Because Dylann Roof bought into the Confederacy’s revisionist history, he continued the trend that white supremacists set 150 years ago by using Confederate symbols to honor traitors who fought to preserve the enslavement of Black people.

Blaming the national media for Dylann Roof’s well-documented premeditated actions plays on the intelligence of the American people and fast and loose with historical facts.”

Learn about the impact of Confederate symbols on public land in the SPLC’s 2019 “Whose Heritage?” Report.

The Southern Poverty Law Center, based in Alabama with offices in Florida, Georgia, Louisiana, Mississippi, and Washington, D.C., is a nonprofit civil rights organization dedicated to fighting hate and bigotry, and to seeking justice for the most vulnerable members of society. For more information, visit www.splcenter.org.

Follow us
Related Topics:nikki haleySouthern Poverty Law Center
Up Next