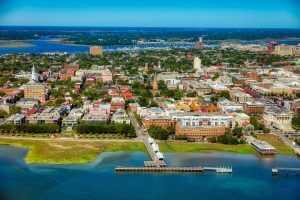 The Charleston Classic is set to return to the city

November 2019 sees the 11th instalment of the always highly anticipated Charleston Classic. The ESPN-owned basketball tournament is invitation only and always takes place at the College of Charleston’s very own TD arena.

The Charleston Classic is always a truly memorable event and a real reason for sports fans in the Holy City to get genuinely excited.

You might not see the likes of the NBA Eastern Conference faves the Milwaukee Bucks on show, but there’ll be some of the best college basketball on offer and this year’s tournament promises to be an open and unpredictable affair, meaning there should be some great action going on.

Indeed, there are many compelling arguments to be made in favour of the idea that, in many ways, college basketball is currently superior to the NBA.

College basketball is more affordable, meaning that it is more accessible to wider sections of society and therefore more inclusive. It is also more community-based, with fans having a more direct connection with their team and its players, which results in less of distinction between teams and the fans and communities they represent than exists in the more corporate NBA.

The hype is genuinely fan-generated and that in itself is a priceless asset, which no amount of corporate sponsorship can replace.

Another positive about the NCAA is the greater number of tournaments on offer, affording lesser teams an opportunity to compete against teams that they would never normally get a chance to face down.

This means players from lesser-known teams can rub shoulders with some bigger names and could also potentially lead to some giant-killing upsets, which are so fundamental to the appeal of sports. The Charleston Classic is one of those tournaments. 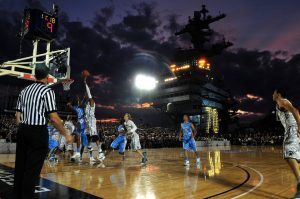 Basketball is a vital part of any college’s athletic program

Sports as a source of civic pride

Charleston Basketball Hall of Famers, such as Jermel President, who are determined to give back to the local community will no doubt be overjoyed at the prospect of the return of the Charleston Classic, understanding the enriching and empowering effects sports can have on people’s lives in Charleston.

Both men are evidence of the importance of the college’s athletic program and proof that basketball constitutes an integral part of it. The proud legacy of the Charleston Cougars depends on the maintained interest in College basketball, at both a local and national level.

This is why tournaments like the Charleston Classic are so important to cities such as ours.

With two preseason top 25 performers (Florida and Xavier) mixing it up with relative underdogs, Saint Joseph’s and Towson and two-time tournament champions Miami thrown in for good measure, there is everything to play for in this season-opening tournament, with the ample opportunities for upsets to take place that really are the defining characteristics of truly memorable sporting events. Let’s hope to see some giant-killing.

This year’s event, like those of all preceding years, will, of course, be an opportunity for Charleston residents to express and indeed celebrate their pride in their identity as Charlestonians, while embracing visiting fans.

Iconic bars like the Carolina Ale House will be opening their doors to fans of all teams, even beeing named as the official “Husky Hangout” for UConn fans. A chance to show people what people mean by “Southern Hospitality!”

2021 PGA Championship Has Already Sold Half of its Hospitality Experiences