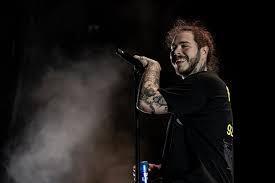 
Malone’s latest album, Hollywood’s Bleeding, recently returned to #1 on the Billboard Top 200 for the fifth non-consecutive week, marking the longest run atop the chart this year.  His debut studio album Stoney (2016) was certified triple platinum, while his second album, Beerbongs & Bentleys (2018), debuted at number one on the Billboard 200 and broke several streaming records upon release. It was nominated for Album of the Year at the 61st Annual Grammy Awards.

For more information or to purchase tickets, click here.
–

Charlamagne Tha God Gives Thanks to His Hometown