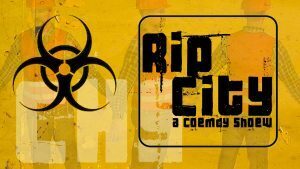 Rip City CHS, a monthly experimental comedy show, will return at 8 pm on Black Friday, November 29th at the South Of Broadway Theatre. The series has been showcasing newer and more experimental comedians and musicians in Charleston for over 4 years.

The first act will feature original characters and bits from a rotating cast of local comedians and musicians, while the second act will be an improv set by the entire cast. Previously, Rip City has feature acts like Vernon Moses, The Ratio Girls, Nameless Numberhead, Mystery Meat, Jason Groce, and many more.

The South Of Broadway Theatre can be found at 1080 E Montague Ave. in North Charleston. For more information, click here.

Follow us
Related Topics:rip citysouth of broadway theatre
Up Next