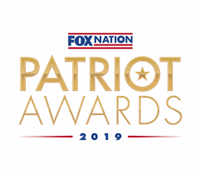 Wednesday night (Nov 6th) the Duke Energy Center for Arts inside the Mahaffey Theater in St. Petersburg, Florida will play host to the 2019 Patriot Awards presented by Fox Nation. The popular national subscription news outlet will be celebrating modern day patriotism by honoring individuals across the country who have shown steadfast dedication to our nation, and the patriotic values we hold dear.

The event will feature several Fox Nation personalities and special guests including a performance by country music artist John Rich. Proceeds generated from the Patriot Awards will go to the Folds of Honor Foundation, a non-profit group providing educational scholarships to spouses and children of America’s fallen and disabled service-members. The event will stream live on Fox Nation, with an additional air date on the Fox News Channel.

A former reserve military officer and former executive director of the political advocacy groups Vets For Freedom and Concerned Veterans for America, Hegseth is an ideal moderator for an event commemorating the accomplishments of the men and women who wear the proud uniform of our United States Military. 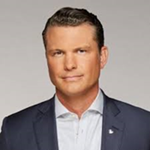 “I’m extremely honored to be the host for the evening. This is something very near and dear to my heart. The country is awash with awards shows where celebrities hand out awards to fellow celebrities, and that’s all well and fine but in the bigger picture it doesn’t mean a thing. The Patriot Awards are the complete opposite. These men and women have gone above and beyond in their dedication to patriotism and community.”

He admits there are many who could and should be honored but they have to narrow the honorees to a smaller list. “It’s a rigorous selection process, and yes there are many worthy of the awards, but we do try to choose the ones that standout, who truly make a difference in what they’ve done or what they are doing to uphold patriotic values. For me, I’m just honored and revered to act as host.” Fox personalities will be the presenters of the awards.

A 2003 Princeton graduate Hegseth worked for the prestigious global investment firm of Bear Stearns, while simultaneously being commissioned as a reserve infantry officer in the US Army National Guard. His service at Guantanamo Bay in Cuba earned Hegseth the Army Commendation Medal. Upon further volunteering to serve in Iraq, he was awarded the Bronze Star Medal, and a Combat Infantryman Badge.

It was during his time in college that lit the fire for conservative activism. “When I got to Princeton I started to become more aware what was happening in America. I was the publisher of The Princeton Tory, the schools conservative political magazine. I ended up getting my degree in political science.”

As prestigious as his first real job was, investments and securities didn’t have a hold on him. “For young people like myself, everything changed after 911. In college I was in the ROTC which lead me into the national guard. When the war on terrorism broke out I found myself much more concerned about the military and national security, than I was in Wall Street.”

His home life in his native Minnesota prepared him for the armed services. “My father wasn’t in the military. He was a high school basketball coach and athletic director. But I grew up in a very faith filled and patriotic home, where we celebrated the country and the liberties we cherish here.” Hegseth’s grandparents did serve in World War II.

Does Hegseth feel Americans, especially younger ones are becoming less patriotic in our country. “I think so. It’s fueled by the democratic party. There was a time in this country when the democratic and republican parties shared some core values. They agreed on a lot of middle ground when it came to patriotism, the flag, the constitution, the 2nd Amendment. But the democrat party has become more leftist and socialist, and that just doesn’t sit well with many Americans.”

A Fox News contributor since 2014, Hegseth has taken his fair share of hits in the media. “It’s the day and age we live in. The news media used to be more in the middle. But now there are so many outlets and they take sides. God bless Fox News because I think we’ve given viewers an alternative.”

He adds Fox News embraces point counterpoint. ‘There are plenty of sources out there if you want liberal or leftist opinions. While many of the other news channels fill themselves with liberals and leftists, at least on Fox we include them on our panels. We welcome opposing views. By allowing liberal voices on our programs we present a better overall view. I think that alone sets Fox News apart.”

Like many conservatives Hegseth believes America has become to PC (politically correct). “Of course we have. In some instances it’s good to be PC, but we’ve gone to far. There are people out there who want to control speech, and tell you and me what words we can and cannot say. That’s their way of attacking us, by framing the context of the conversation. And the liberal media only makes it worse.”

Since serving in the armed forces Hegseth has been active in a political and military advocacy groups. “It really is a passion of mine. When I got back from Iraq, I served on the Manhattan Institute for Policy Research and then became executive director for Vets For Freedom.”

Hegseth would help form the political action committee MN PAC in 2012 before heading the Concerned Veterans for America, an advocacy group committed to greater privatization of the Department of Veterans Affairs. “God love the VA. It is well funded but as we’ve seen not well organized. It is over-run with government bureaucracy. For years they’ve treated our veterans like numbers, not providing the personal care they so desperately need and deserve.”

Hegseth is proud to have helped fuel the Veteran’s Care Task Force, a bi-partisan initiative set out to drastically improve health care delivery for our nation’s veterans. “Thankfully candidate Trump and then President Trump has been on board from the beginning. Not sure where we’d be if Clinton or Sanders had won in 2016. This is something we’ve needed for quite some time. It allows veterans to seek private healthcare if they can’t get adequate care in a VA Hospital, or if the system is taking too long. Ultimately it gives our veterans control of their health care options.”

A proud American his entire life, Pete Hegseth has been a full time supporter of the United States military the past two decades, through his service and his activism. Wednesday night in Tampa he and his fellow Fox colleagues will honor individuals across the country who have shown continued dedication to our nation, through their everyday patriotic values.

“The good thing about the Patriot Awards is that it’s all about the men and women we salute. I host a show about politics, but during the awards show it’s all about the patriots. We want to keep the focus on the patriots and their achievements. That’s not the forum for politics or anything else topical in the news. Everything has its time and place, and the Patriot Awards is a time for celebrating real life patriots.”

The Patriot Awards presented by Fox Nation will stream live on Wednesday night beginning at 7:30pm ET. Proceeds for the event will be donated to the Folds of Honor Foundation, providing educational scholarships to spouses and children of America’s fallen and disabled service-members. For more visit https://try.nation.foxnews.com/patriot-awards/?org=NAT::ag=MediaStorm::mc=paidsearch::src=google::cmp=patriotawards&gclid=EAIaIQobChMI_JDio47T5QIVjZOzCh2SVA_QEAAYASAAEgKxC_D_BwE&gclsrc=aw.ds

For more on the Veterans Care Task Force visit their site at https://cv4a.org/project/taskforce/