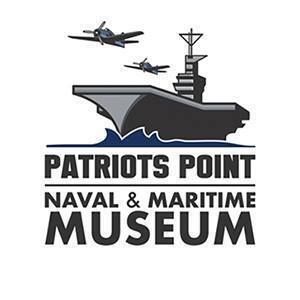 Patriots Point Naval & Maritime Museum is Charleston’s home for Patriotism during Veterans Day weekend, November 9th to 11th. As a sign of appreciation to those who have served in the military, the museum will offer free admission to veterans the entire three-day weekend.

New this year, Patriots Point has partnered with the East Cooper Breakfast Rotary Club and the USS Yorktown Foundation to showcase a breathtaking display of dozens of American Flags on the shore overlooking the USS Yorktown. Those interested in sponsoring a flag in honor of a military hero can visit charlestonrotaryflags.org.  Funds raised will support local community service projects and the Charleston Fisher House. The flags will be displayed throughout Veterans Day weekend.

On Friday, November 8th, Patriots Point Naval & Maritime Museum will be the final destination for two men who are biking across the country, from Santa Barbara, California to Charleston to raise awareness for the Wounded Warrior Project and the issue of veteran suicide. Mike Price and Matt Prather will conclude their trip with a ceremony in Patriots Point’s Vietnam Experience Exhibit at 10 am.

“Veterans Day is a time to honor the men and women who have served and protected our country,” Patriots Point Naval & Maritime Museum Executive Director Larry Murray said.  “Patriots Point is the perfect place to do that.  We hope the community will spend time aboard our ships walking in the footsteps of heroes and will take advantage of an opportunity to shake the hands of those who make great sacrifices to defend our quality of life.”

On Monday, November 11th, the Charleston Concert Band will perform aboard the USS Yorktown from 2 pm to 4 pm. The band’s Jazz Ensemble will play for the first hour, followed by the entire concert band at 3 pm. The performance is included in the price of admission.

Patriots Point Naval & Maritime Museum is open to visitors daily from 9 am to 6:30 pm. Visit patriotspoint.org to learn more about the museum’s exhibits and to purchase tickets online.