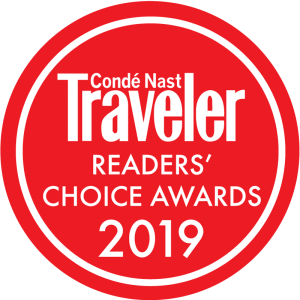 For the ninth consecutive year, Charleston has been named the most popular city in the U.S., according to Condé Nast Traveler magazine. Charleston also earned the top spot in the inaugural list of the Top 20 Cities in the World Outside the United Kingdom. The winner’s were chosen after more than 600,000 reader surveys were filled out and tallied.

In its first year as a global brand, Condé Nast Traveler combined its annual reader surveys in the U.S. and U.K. into one global Readers’ Choice Awards list. Charleston is one of only three U.S. cities voted among the top world destinations outside the U.K.

Results of the 32nd annual awards were announced Monday and will be featured in the November issue.

“Charleston, South Carolina for me: well-made, thoughtful, sophisticated not without a certain humor,” Melinda Stevens, Editor in Chief of Condé Nast Traveler said. “It is a city for wandering alone, for getting lost, its neighborhoods revealing themselves like stage screens in the theater. A sea-salty tang on the air from the water, the tropical palms…you’re reminded all the time just how south – how practically Caribbean you really are…Everyone says hello, with a smile, a ready laugh.”

“We are humbled that the readers of Condé Nast Traveler continue to recognize the uniqueness and authenticity of Charleston,” Michael Tall, Board Chair of Explore Charleston, said. “It is an honor to be the recipient of the inaugural Top City in the World Outside the U.K. Award, and it makes this year even more special. These prestigious accolades are reminders that Charleston’s charm shines brightly through its people, rich history, renowned cuisine, world-class accommodations, pristine island communities, and thriving cultural arts and shopping scenes.”

Condé Nast Readers also voted Charleston’s airport among the best airports in the U.S. Ranked No. 7, this is the first time Charleston International has earned a distinction among Condé Nast Travelers’ top 10.

In addition to Charleston’s No. 1 Small City in the U.S. and Top City in the World Outside the U.K rankings, Kiawah Island was voted No. 2 on the list of Best Islands in the U.S.

The Beach Club at Charleston Harbor Resort and Marina, The Sanctuary at Kiawah Island Golf Resort and Wild Dunes Resort were named among the top 10 resorts in the South.

The following were named the top hotels in the Charleston area for 2019 (listed alphabetically):

In July, Charleston was named No. 1 City in the U.S. by Travel+Leisure readers. The 2019 award marked Charleston’s seventh consecutive year atop that list.