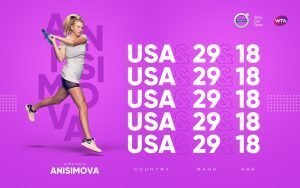 “Our player field is shaping up for quite an exciting tournament in 2020,” said Eleanor Adams, Volvo Car Open Tournament Manager. “Interestingly, Belinda and Amanda both got their start at the Volvo Car Open when they were just 17 years old. Belinda has risen through the rankings since then and is now a top 10 player and Amanda is the young American player to watch. Our fans are in for a real treat next year.” 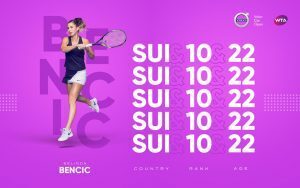 Twenty-two-year-old Bencic (left) will compete for the fifth time in Charleston in 2020. Most memorably, she made an impressive run to the Volvo Car Open’s semifinals in her 2014 tournament debut. She was a quarterfinalist in 2019.

Her 2019 season also includes winning the title in Dubai and reaching the finals in Mallorca and semifinals in Hobart, Indian Wells, Madrid, as well as at the US Open.

Eighteen-year-old Anisimova is currently the youngest player ranked inside the WTA’s top 100 at World No. 29. She won her first career title this year in Bogota. Anisimova also reached the French Open semifinals and the quarterfinals in Auckland, Mallorca and San Jose. The 2020 Volvo Car Open will mark her second time competing in Charleston.

For more information on the tournament and ticket options, visit volvocaropen.com or call 843.856.7900.

Grace Potter to Perform at the Charleston Music Hall in January