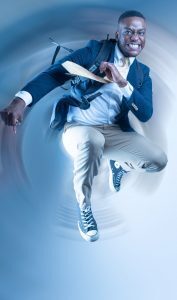 Back for a second year in the MOJA Arts Festival, PURE Theatre is pleased to announce their participating productions: Last Rites by Randy Neale and Choir Boy by Tarrell Alvin McCraney.

Up first is the return of Last Rites, by PURE Core Ensemble Member, Randy Neale. After opening Season 17 at PURE last month, Last Rites will return for one night only at the Cannon Street Arts Center. Last Rites picks up during the summer of 1967, on the second day of the Detroit riots. In the epicenter of the riots, three people, Esther, Ron, and Sydney, take refuge from the chaos in a gas station. As the days pass, they confront the rapidly changing landscape of their lives and the ultimate fate of the once-great city where they live. Last Rites is centered on the racial issues that affected us more than 50 years ago and that still dominate our society today.

Then, running for four performances from October 2-5 at the Dock Street Theatre, is Choir Boy by Oscar-winning screenwriter for Moonlight, Tarrell Alvin McCraney. Nominated for four 2019 Tony Awards including Best Play, Choir Boy follows Pharus, a student at Charles R. Drew Prep School for Boys, an institution committed to building ‘strong, ethical black men.’ Pharus has been waiting for his senior year, when he can finally lead the school’s prestigious choir, but not everyone feels he’s the appropriate choice because of his sexuality. Like Moonlight, Choir Boy centers on the story of a young gay black man and a battle between identity and community.¹

Tickets and more information about Last Rites and Choir Boy are available now at mojafestival.com and the MOJA Festival box office at 866-811-4111 Monday-Friday from 9:00am to 5:00pm (75 Calhoun Street, Suite 3800, Charleston, SC 29401). Tickets range from $10-$33 (see included Fact Sheet for details) and advance purchases are strongly recommended.