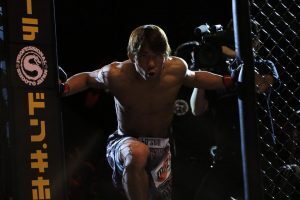 Khabib Nurmagomdov, the popular Dagestan-born, Russian MMA fighter recently defeated his American opponent Dustin Poirier quite convincingly with the help of a rear-naked choke, in the third round of his fight. As a result, Khabib retained his lightweight UFC title at UFC 242 in Abu Dhabi.

Khabib who was also the clear favourite to win the fight, was going at odds of -365 everywhere, including the popular Las Vegas betting avenues. Dustin Poirier on the other hand was being offered at +275. With this victory at The Arena, Yas Island in UAE, Khabib moved to a 28-0 career score line. He completely exhausted the American using his trademark move – against-the-fence mauling of his opponents.

Vaulted the Octagon once again!

Once Poirier’s resistance ended, Khabib jumped over the Octagon once again, however, this time to hug Dana White, the UFC president! As everyone would remember, the last time he vaulted the Octagon, it was to fight one of Connor McGregor’s crew members, which resulted in a 9-month long ban for the fighter. This time around, Dana White had just one word for him!

Talking to the press Khabib said, “My last fight you know with this b****** guy, I have a lot of crazy stuff, I wanna forget everything. We showed really what MMA is. The no. 1 thing in MMA is respect – your coach teaches you to respect your gym, teammates, you coaches. You have to clean your gym, everything is about respect. MMA is not about trash talking. This is what we showed with Dustin and his great team.””

Khabib later swapped his T-shirt with Poirier, as a mark of respect to the fighter, before giving his interview inside the Octagon. In the interview he said that he will use the T-shirt for charity and all the proceeds obtained from its sale will go to Dustin Poirier’s charities.

When asked about his potential next fight against Tony Ferguson, “The Eagle” didn’t reveal much. All he said was that the past couple of years have been extremely busy for him and all that he wants to do is relax a little right now, and that he’s had a lot of pressure on his shoulders of late. He requested the press to give him a little more time, at least a couple more days. 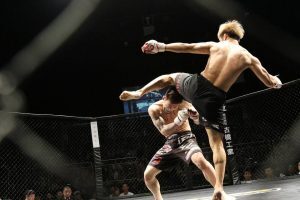 Huge support from the crowd

Khabib had huge support in the crowd that was constantly chanting “Khabib, Khabib” from outside the Octagon. And he was at his trademark best, right from the word go in the round one. Once they were done feeling each other on the feet for around minute and a half, Khabib took his opponent down against the side of cage and delivered his slow, killer dominance. However, he couldn’t get it right somehow.

Dustin grabbed Khabib’s attention through some pretty neat strikes during the beginning of the second round, but the latter continued to reassert his control. The American fighter was well spent by the end of the second round. And when he came back in the third, Khabib perfectly executed his rear-naked choke, eventually winning the fight.

8 Tips to Help You Write an Excellent Essay

How safe is it to meet on the internet and what can come of it?