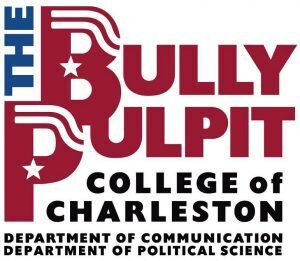 The event will take place in the Johnson Center Gymnasium at 30 George Street at 6 pm. Doors open for this event at 5 pm. This event is free to attend and open to the public. Please note that CofC has a clear bag policy for this event. Only clear bags allowed at this event. You can view the bag policy here.

According to organizers, the mission of the Bully Pulpit Series is to “encourage and facilitate political participation throughout the College of Charleston community by providing a platform for dialogue with our nation’s leaders. At its core, the series engages today’s youth by meeting students where they are – in the classroom, outside their residence hall and through their social networks – to create curious, informed and engaged individuals who are ready and able to engender political and social change. Originally created in 2008 to highlight the communication powers of the political pulpit, the mission of the series has expanded as a result of increased student and community interest and engagement.”

You can learn more about the series here.