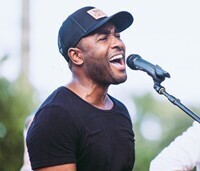 If Charleston native Warrick McZeke makes it to the next level of country music it will be on his own terms. He has the drive and the talent, but definitely doesn’t want to be a flash in the pan, or another pawn for any Nashville types to manipulate. For McZeke it would appear things are falling into place, and that perhaps his calling is predestined.

A graduate of Clemson, followed by a degree at North Carolina Central in Durham, McZeke has put his schooling to work as a speech pathologist in Charleston, keeping busy 9-5 all the while plying his new found love for country music. A music lover his entire life, McZeke gravitated toward country, more in part due to his friendship with current Nashville superstar Lee Brice. The two were roommates during the late 1990’s at Clemson.

“I had lost connection with Lee until one night back in 2010 he called me out of the blue. First off I’m thinking who’s calling me from this Nashville area code. But it was Lee and he said ‘I’m playing at the Music Farm’ and did I want to attend’. So we reconnected at his show and I began to have a deeper appreciation for country music.”

McZeke admits his first real taste of country was through a female superstar. “It was Reba McEntire and her show Reba. Obviously I was aware of country music and knew a little about it, but I hadn’t given it the attention I’m giving it now.” McZeke’s earliest aspirations for making it in the music industry were taking him down another path. “I really thought I’d be someone along the lines of Usher, doing something between pop, soul, and R&B.”

He’d all but given up on his dream after a nationally televised talent competition came to the low country. ‘Back in 2011 when American Idol held auditions in Charleston I took part. They placed us in packs of five or six, and after my group sang they pulled me aside to sing again. I was in front of these judges who were more like London rockers, and I’m doing ‘Ordinary People’ by John Legend. They didn’t quite get me. I added a Luther Vandross song but they still were looking for something else. Obviously they passed on me.”

Perhaps the most pivotal moment in McZeke’s life came when he proposed to his then girlfriend on stage at the Carolina Country Music Festival back in 2017. A friend of the promoter and Brice, who was performing at the festival helped McZeke stage the event. McZeke planned it all out, whereby Brice would ask him to join him on stage to sing a song, which set up the whole ‘will you marry me’ moment. 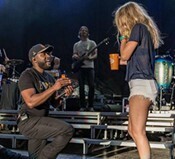 Festival promoter Bob Durkin mentioned to McZeke that Brice was performing at the 2017 show. “After getting his (Lurkin’s) approval I talked with Lee at a Clemson football game and he said no problem at all.” McZeke joined Brice on stage in June of 2017 to sing his song ‘She Ain’t Right’.

Looking back, McZeke recalls all that had to take place weeks and months prior to the proposal, for it to come off without the slightest hitch. “So many things. I wanted friends and family to be there to witness it. That was its own obstacle. Because there were some that didn’t particularly like country music, and convincing Josie (his wife) that they would be in attendance, for something they wouldn’t normally be at was a really big hurdle. I just got them all to talk about it, and it seemed natural to Josie they were going to attend, maybe if only to see Lee’s show.”

The actual day came with its own edginess. “I had prepared for a moment for quite some time. And I had no reservations about Josie saying yes, but still nerves set in. Pulling something like a marriage proposal off in front of 33K extra set of eyes was a bit crazy, but I wanted to go big, and it all worked out.”

Captured by thousands on camera phones the proposal went viral within a matter of minutes. Josie’s exact words “I will absolutely marry you!” have become a snapshot in time, and was the spark for what has become McZeke’s initial signature song, ‘Miss Absolutely’. The single has garnered strong attention through online avenues since its release in 2018. 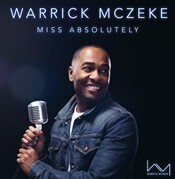 McZeke used Josie’s inspiration for the song, as his entry in the country music talent search ‘Nash Next Competition’, sponsored by Charleston’s 96.9 NASH FM. He originally thought the competition would have him singing songs from by other artists, but found out he needed an original recording to compete. Up until then he had never written a song, so with the deadline looming he recalled the moment when Josie said yes, and belted out ‘Miss Absolutely’.

What McZeke calls a rather rustic rendition, would go on to take first place locally, allowing him to move onto the Nashville round. But the legal mumbo jumbo that ensued at the Nashville level wasn’t as inviting as it sounded, and with the advice of a lawyer he declined to sign. “I have to be smart about what I do. This industry is a business and you have to protect yourself.”

Stilled armed with his first single, and confident he could write more, McZeke reworked his initial masterpiece and was eager to do more. “People were responding to ‘Miss Absolutely’, and I was getting asked to perform. I figured I had better come up with some new material, so I have more to offer.” That all lead to his EP ‘C’mon’ recorded at Charleston’s Anchor + Pine Studio and released late last year. 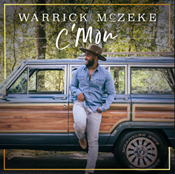 Fast forwarding to 2019, where is McZeke now. “I just became a father for the first time. So I’m loving that.” Regarding his music. “I’m still an unsigned artist. I have some connections in Nashville, but seeing the struggles others have gone through, has made me more cautious not to jump into anything right away.”

With all that in mind he’s optimistic about the next 12 months. “I’m definitely gearing my ship towards time in Nashville. I’d welcome a deal with a record label, and would like to explore some publishing opportunities as well. The bottom line is, I plan to get my name out there more, hopefully play some more gigs and festivals.” Those wanting more to hear more of McZeke’s music and find info on upcoming shows, visit his website at https://warrickmczeke.com/

Locals can see Warrick McZeke when he performs alongside his old college roommate Lee Brice (Sumter native) when they take part in the grand opening ceremonies for Roper St. Francis Berkeley Hospital on Sept 22nd. The new hospital facility is located at 100 Callen Blvd. in Summerville. The Yacht Club (70’s & 80’s party band) as well as local high school bands and choirs will take the stage before Brice. Music kicks off at 3pm.

The TEN Tenors Coming to the Gaillard Center in December