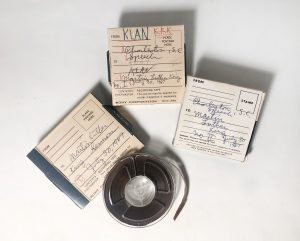 Guernsey’s Auction House will auction a collection of tapes, photos, and interviews from award-winning South Carolina journalist and editor Eugene B. Sloan. The collection includes a full version of a never-before-heard recording of the Rev. Dr. Martin Luther King, Jr. addressing an audience at County Hall in Charleston on July 30, 1967, less than a year before his death.

Within the speech, Dr. King speaks of the injustices of wealth distribution and white supremacy plaguing the nation, subjects that are once again timely in discussions of the United States. The Martin Luther King, Jr. address will come in conjunction with the Sony recorder that was used to tape it.

Dr. King’s address runs nearly 30 minutes, with a 20-minute introduction from Civil Rights pioneer Esau Jenkins and his granddaughter, Jakki Jefferson resulting in a 50-minute historic recording. Other than Sloan’s tapes, there exists no recording of this address before its final three minutes (from which the phrase “build, baby, build” is pulled), which had been captured by a local television station.

Sloan’s tape of the Martin Luther King address will come with other significant recordings, one of which was taken undercover during a meeting of the Ku Klux Klan the evening before the address, during which Grand Dragon Scoggin can be heard calling for Dr. King’s assassination and bemoaning his upcoming visit and address. The third recording is of a later date, taken on March 31, 1969, during the Hospital Workers’ Strike, also in Charleston. The rally began when more than 400 African American hospital workers, the vast majority of whom were female, pitted themselves against the all-white administrations of the Medical College Hospital and Charleston County Hospital.

The auction of these and many other historical items will take place in New York City on September 19th, 2019 at 7:30 pm. You can learn more about the auction here. 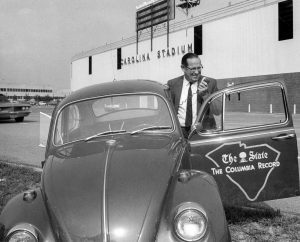