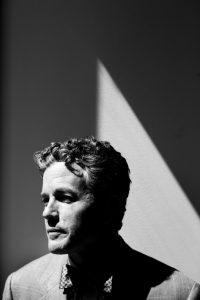 The Charleston Symphony has named composer Edward Hart its Composer in Residence for the 2019-2020 season.

Edward Hart is a Charleston native whose work has received worldwide attention. His music has been performed across the country, including at the Kennedy Center in Washington D.C., as well as in Europe, Latin America, and Africa. Hart is also a professor at the College of Charleston and the chair of its music department.

The Symphony will bookend their 2019-2020 season with two of Hart’s original compositions, one at their season premiere “Mozart in the Lowcountry” on September 27 & 28, and the other at their season finale in April. The former will feature the reprisal of Hart’s hit Under an Indigo Sky, which the CSO first performed to a sold-out crowd at the Gaillard Center in 2012. Hart describes this concerto as “A love letter to the state of South Carolina, seeking to capture three distinct yet related regions of our state: the Lowcountry, the Midlands, and the Upstate.”

The Charleston Symphony will premiere Hart’s newest work, A Charleston Concerto, at their season finale, “Charleston and the New World.” The world-famous Shanghai Quartet will perform with the CSO for the premiere. True to its name, A Charleston Concerto explores Charleston’s natural splendor, its three movements dedicated respectively to the city’s past, present, and future. The performance, which will take place on April 17and 18, 2020, will also mark the official start of the City of Charleston’s 350th Anniversary Celebration.

In response to being named the CSO’s Composer in Residence, Hart said, “This wonderful honor is made ever more special because I am encouraged to present music about my home. A world-class orchestra coupled with a world-renowned string quartet, conducted by Music Director Ken Lam—a composer couldn’t ask for more.” CSO Executive Director Michael Smith added, “Edward Hart is a staple of the Charleston arts community and an extremely talented composer. We’re honored to showcase his work, because of both its quality as well as its connection to our home city and state.”