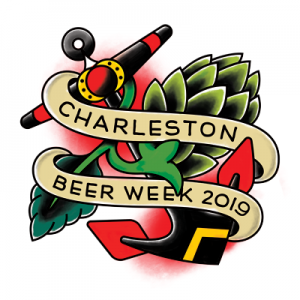 Since the area now boasts 30 production breweries and brewpubs, with two additional breweries recently announced and set to open in the coming year. Many breweries are currently undergoing expansion efforts, like Holy City Brewing’s move to a 20,000 square foot space on four acres overlooking Noisette Creek, taking place later this year. You can see each of these breweries on this handy Google Map created by CBW organizers.

While local breweries and brewpubs will be a primary focus for the week, events will also feature many regional and national brands, making for a diverse lineup which will appeal to a broad audience. This year will again feature many outdoor events, such as a Golf Tournament benefiting Lowcountry Local First, Guided Kayak Tour & Lowcountry Boil, Yard Pong Tournament, and a Disc Golf Tournament in Park Circle.

You can see the entire 2019 Beer Week Schedule in all of its boozy glory below. A few events are already sold-out, so be sure to grab tickets to your favorite events ASAP!
–