Cooking is how we came to be. Sure, we can spin anecdotes about adventure and such, but they all inevitably revolve around food. Cooking is a reflection of where we are and who we are. It’s the story of our lives, even if it’s just some eggs and toast. Eggs and toast can tell us more about where we are at that particular moment than an entire census of numbers. In the 21st century, the connection between us all has been open. We have people cooking Korean Barbecue in London and Etheopian-style legumes in Alaska. There’s an endless stream of possibilities nowadays. We should embrace that. We should take what we know, add a bit of spice to it, and introduce it to the ones we love. Plus, there are few things better at the dinner table than your family asking, “What is this? This is delicious!” 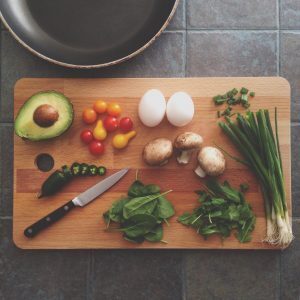 The first thing you’ve got to do is know what you’re working with. There are so many recipes online that require some fancy ingredient or a foreign, far away nut that one can’t possibly find in the snack aisle. A good fix for that is to spend a few minutes going around your local grocery. One doesn’t have to take note of every single item on the shelf, just know what you’re working with. Most Western stores have a huge variety of things on hand, especially when it comes to European flavors. Cheeses and butter and cruciferous vegetables run in abundance. If you’re working with a meat dish, make friends with the grocery store butcher. Usually, people just go there and pick what’s on the shelf. A quick conversation can open up a whole new avenue of availability and first-dibs. No rack of lamb? The butcher knows exactly when they’ll get a new shipment and he or she will most likely save you the best cuts. Like anything, a little bit of conversation goes a long way. If you live in a metropolitan area, a quick search can tell you if there are any specialty stores around the city. Most likely there are. They’ll be your go-to for Eastern spices and meat options chain stores tend not to have (freshwater eel anyone?) 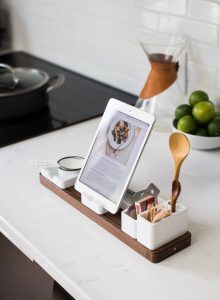 Get Familiar With Food

Another trick to finding and building new recipes is to take an existing one and tweak it just a little. There is a whole world of pairing flavors and textures out there and outside of culinary school, trial and error may be the answer. A great example of this is a simple macaroni and cheese. Now, if you were to use the boxed one as a guiding mark, you limit yourself to one kind of familiar flavor. You’ve got your generic American cheese, salt, milk, and pasta. But what if you used a different kind of cheese? Heck, why not use more than one kind? While you’re at it, what other good stuff can be thrown in. Some fresh garden tomatoes would work pretty well. In fact, while we’re in the garden, some fresh basil would work pretty well, too. By the time you’ve looked at all the possibilities, you’ve got a classic caprese and classic macaroni cheese dish fused together into something new and exciting. Another spin is with the use of marinades. Let’s say you’ve got your choice cut of meat from your new friend, the butcher. Most likely you’re going to grill the meat, add it to a dish, stir fry it, etc. How it comes out flavor-wise is entirely dependent on what you let it soak in. A simple mixture of lemon, soy sauce, brown sugar, and a splash of vinegar turn your meat into something closer to a Filipino adobo or a Korean bulgogi than the usual salt and pepper would. These are just a few examples, but expanding your knowledge of food will allow you to do these quick and easy transitions to elevate your family’s meal to something more fun.

What you have to work  with our kitchen determines how much time and how difficult it will be to execute a dish. If you’re feeding a hungry hoard of kids, you might not have all the time in the world to set all the stoves on medium and prepare each individual ingredient the way it’s supposed to. That’s why more and more people are looking towards skillet and pressure cooker recipes. They’re simple and straight to the point. With your new-found ability to mix and match recipes and flavors, something like a pressure cooker will cut the amount of time necessary in half. The great people at corriecooks.com have mastered this concept and advise their readers to start with basic recipes first to familiarize themselves with temperature and timing. You can take pretty much any dish and throw it in the pressure cooker. Stews, meatballs, pot roast, and even curries all do well. The concept behind the pressure cooker is that locking in heat allows for much higher cooking temperatures. Anything that needs to be steamed or boiled is a no brainer here. Rice? In a pressure cooker, you can cook perfect rice in the same amount of time it takes to make the “instant” kind. The same idea goes for the cast iron skillet. You can put anything in there and mix it all up for a skillet breakfast. A foodie’s favorite is Mexican chorizo, egg, and some diced avocados. Also, that great piece of meat you’ve been marinating in the fridge? Throw it on the cast iron. It’s a tremendous one-stop-shop for your food that, along with a pressure cooker, maximizes both space and flavor. 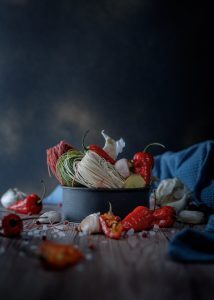 The kitchen is the heart of the home. And sometimes, the heart needs to work a little faster to provide nutrients to all the little cells that need it. Having a firm grasp on food is an absolute necessity. It’s what makes your home feel like home. When your kids go off to live their own lives and attempt to make their own meals, what they’ll miss more than anything are those staple meals that ingrained themselves in their own hearts and memories.