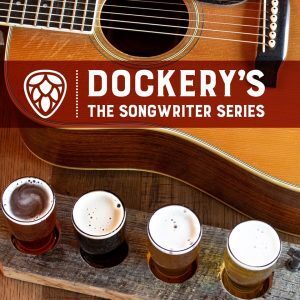 Dockery’s, the Daniel Island restaurant, brewery, and music venue, this week announced a songwriting contest for local artists open now through midnight September 13th, 2019. Entrants to the contest will have their songs judged by three world-class songwriters from Nashville – Steve Dean, Clay Mills, and Billy Montana – who have won Grammys, topped the Billboard charts, and worked with some of the best-selling artists of all time. Winners will perform at Dockery’s alongside  the judges in October.

“We are always trying to elevate the local music scene,” Dockery’s general manager Chuck Isenberg said. “The contest comes from wanting to place local songwriters alongside their national counterparts in an intimate setting and letting them showcase their talents.”

Anyone who writes and performs their own original songs is eligible to compete. Entries will be judged based upon composition of lyrics and melody, and not upon performance ability or recording quality. Performances by the panel of judges and the local winners will be held at Dockery’s throughout October. Tickets for these events will go on sale on August 29th through Eventbrite.

Contest entries must be received by 5pm on September 13th through the web form at dockerysdi.com/contest. Complete rules are posted on that web page.