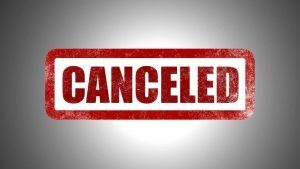 The Charleston Restaurant Foundation (CRF) today announced that they have canceled the planned return of the Taste of Charleston event.

After a two-year break, the CRF in May announced they planned to revive the Taste of Charleston this year and even held a launch party in June, but the main event will not happen after all.

“Due to unforeseen circumstances, we have decided to cancel the Taste of Charleston scheduled for October 13, 2019,” Charleston Restaurant Foundation President Jonathan Kish said.