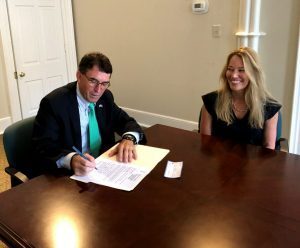 Seeking released the following statement regarding his entry into the race:

“Charlestonians now have a clear choice in this race. It is time for effective leadership from the city’s top elected office. Major issues like flooding, traffic, and rampant growth must be met with decisive action. I have a track record of getting things done and a vision for Charleston that includes a mayor who can build consensus and deliver.”

You can learn more about his campaign at www.voteseekings.com.