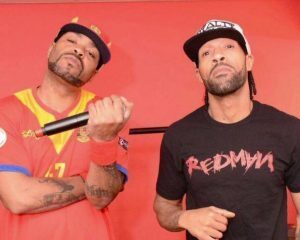 
After a six-year hiatus, the mythical Skinful Halloween party will make its long-awaited return to the Holy City on Saturday, October 26th, 2019 with headline performances from legendary rappers Method Man and Redman. The celebration is being held in the Charleston Woodlands, a 6,000-acre nature reserve  in West Ashley.

Mix Master Mike, DJ QBERT, The Dubplates will also perform at the event. Organizers say many more acts will be announced at a later date. Tickets for Skinful Halloween go on sale Monday, August 19th at noon. According to the Charleston City Paper, which is handling ticketing for the event, early bird tickets will be $60 and include the ability to camp onsite. Tickets will jump to $75 after the early bird period. There is also a VIP option. The event will benefit Palmetto Community Care and Keepers of the Wild.

After 13 years of throwing epic Halloween parties in the Charleston area, Skinful opted to take a break after the 2013 event was plagued by venue changes amid safety and noise concerns. That planned one-year break kept extending until it seemed the party was never to return – until today’s surprise announcement.

Past editions of the party included burlesque dancers, circus acts, light and lazer shows, hayrides, Urban wakeboarding, and live performances from acts like Flava Flav, Too $hort, Ivan Neville’s Dumpstaphunk, Chali 2na (of Jurassic 5), and more. There will also be plenty of LED screens so you can see the action.

This year’s lineup is already shaping up to be the biggest yet:

Method Man, is a rapper, record producer, actor, and original member of the legendary hip hop collective Wu-Tang Clan. He won a Grammy Award in 1996 for Best Rap Performance by a Duo or Group, for “I’ll Be There for You/You’re All I Need to Get By,” featuring Mary J. Blige. He’s also known for songs like “Bring the Pain,” “Break Ups 2 Make Ups,” “Judgement Day,” and his frequent collaborations with Redman – “How High,” “Tear It Off,” and “Da Rockwilder.”

Redman, who is also a rapper, record producer, and actor, first rose to fame in the early 1990s after stringing together three Gold-selling albums. His 1998 record Doc’s da Name 2000 went platinum and vaulted him further into the mainstream. He’s known for singles like “Whateva Man,” “I’ll Bee Dat!,” and “Let’s Get Dirty (I Can’t Get in da Club).” His collaborations with Method Man and Def Squad are also well-known.

The Dubplates are a local Reggae band whose latest album Box Full Of Steel was the No. 1 Reggae Album on the Billboard Charts.

The Charleston Woodlands features 11 freshwater lakes, a black water swamp, and a variety of venues for public and private events. It’s located at 4279 Ashley River Road. You can learn more at www.charlestonwoodlands.com.