Kroll’s new brewery, King’s Calling Brewing, recently launched its first beer, Trop Hop, a 6.1% ABV, tropical fruited IPA. The new brew will be on tap during the event for $4 per pint.

There will also be live music, a photo booth, and best of all, you can compete against Austen in The Alley’s National Bowling Day 9-pin No Tap Tournament (starting at 7 pm). In 9pin No Tap, if in the bowler’s first frame they knock all the pins down except one, then it will count as a strike.

Team tickets are $10 per person for bowling (5 people per team) and include one pint of Trop Hop per player. Only 6 team tickets are available, so buy soon! Click here for tickets.

There is no cover charge and no need to buy a ticket if you’re not bowling in the tournament. The event is 21+. 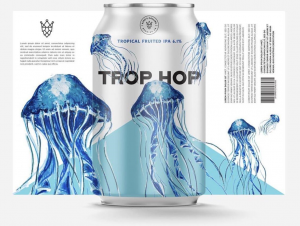