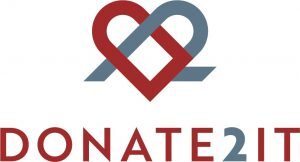 Donate2it, the Lowcountry’s local crowdfunding solution, has reached a significant milestone in its six-month history having recently surpassed $100,000 in funds raised.

“This is an exciting moment in our story,” said Steve Dudash, founder of Donate2it. “I’m thrilled that our platform has been able to facilitate more than $100,000 raised in only six months. Unlike national platforms, each of these dollars will be used to help organizations continue to do the vital work of investing in our local community. Donate2it exists to be the Lowcountry’s crowdfunding solution and this achievement shows we’re on the right track.”

The amount raised during the first six months of 2019 totaled $102,405, and was the result of seventeen campaigns with an average campaign length of just eighteen days. The fundraising milestone was accelerated by $24,000 in matching dollars, which resulted in a more than three-to-one return on the initial donations. The matches were made possible via a unique partnership between Donate2it and The MatchingFund, a 501c(3) organization also headed by Dudash, founded to help philanthropic dollars go farther.

Notable success stories include $20,000 raised for Housing For All – Mount Pleasant, with a $10,000 match. Donate2it also helped Charleston Moves exceed its $25,000 fundraising goal for Mobility Month in just seven days, including a $5,000 match. Most recently, Donate2it helped Dorchester Paws smash their fundraising need of $3,000, raising $3,668 in two days, including $1,500 in matching funds.

“Thank you to the organizations that have partnered with us over the past six months,” Dudash said. “We look forward to growing our existing partnerships and we encourage new organizations to give us a try. As evidenced by the more than three-to-one return, there is no better fundraising platform to maximize the impact of your donations.”

Established in the fall of 2018 by Charleston businessman Steve Dudash, Donate2it was created to give the Lowcountry an online crowdfunding platform that served as a local alternative to big-box programs. Donate2it is an easy-to-setup crowdfunding platform to raise funds for causes and charities. For certified non-profits, Donate2it has partnered with The MatchingFund.org, a 501(c)3 to match donations up to a certain amount. Donors to certified charities will receive a tax receipt from The MatchingFund. The tax receipt can be used, as allowed by law and IRS regulations, for tax-exempt charitable donations. Fundraisers are free to set up and all donor information is secure. For more information, visit www.donate2it.com.

Study: SC Ranks Among the 15 States with the Most Underprivileged Children

The Party at the Point happy hour concert series is back for its 20th season, taking place Friday evenings from...