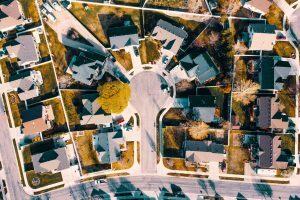 Charleston gets an average of 28 people moving in each day, according to the US Census Bureau’s American Community Survey. With such a steady flow of migrants, it paints a good picture of the reputation of Charleston. It also means that local government has an incentive to make sure that housing options and offers around Charleston are affordable and available. So it seems that Charleston’s real estate and housing markets are in for some positive movement.

Around 50 thousand families in Charleston are presently using 30% of their household income on housing alone, says Ian Scott, VP of Government Relations. This is something that Charleston’s local government wants to change. This prompted the establishment of the Charleston County Affordable Housing Taskforce. Their goal is to analyze the current housing market and determine ways to make available houses more affordable. They are also aiming to partner up with developers to create better quality housing at a lower cost for the public. The task force is a good sign of government initiative to help address a problematic issue.

Beyond active efforts by the local government, Charleston’s rental rates are helping with the housing issue. The city of Charleston is ranked 32 out of 182 in terms of rental affordability, based on WalletHub’s data. This opens up savings for residents and potential homeowners. Affordable rental rates help to revitalize finances which make applying for mortgages a lot easier. The extra savings from the affordable rent grants them the option to scope around for financing options to buy a home.

It seems that Charleston’s housing market it also steadying after several months of decline. As of June, Charleston sales volume is only 2% less than what it was last year, according to the Charleston Trident Association of Realtors. With the year just past its halfway mark, the steadying housing market is indicative of an upturn trend and the spending capacity of buyers. While inventory data shows that there are fewer homes put on sale (about 5%), this is bound to change once other housing projects finish. It still presents that fact that Charleston’s housing market is on the verge of tipping over to positives rather than negatives.

The positive real estate movement isn’t limited to having a new injection of houses into the market. It also meant tapping into existing homes and rehabilitating them. 66 Lee Street and the 2123 Asheepoo Lane home rehabilitation projects showcase that old property can be made new again. These projects, under the purview of Charleston’s Department of Housing and Community Development, helps to revitalize market interest in existing properties. It also helps to address the issue of the limited availability of land for housing and properties.

Charleston is poised to regain its balance regarding housing availability and affordability. Only time will truly tell if the efforts of the housing task force and the hardworking realtors will pay off. If anything, this proves that in the next few months and years Charleston’s housing market is in for an exciting time.

3 Tips For Running A Successful Business In Charleston