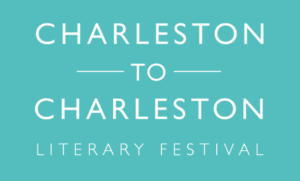 Book lovers and intellectual adventurers will converge on Charleston this November when the third annual Charleston to Charleston (C2C 2019) Literary Festival returns. Headlined by Joyce Carol Oates, author of 58 novels and winner of numerous writing awards, the three-day festival will celebrate the written word and the Holy City’s connection with a British literary locale.

C2C 2019 will take place November 7th to November 10th, 2019, with events scheduled primarily at the Dock Street Theatre and the Charleston Library Society building in downtown Charleston. The festival provides unrivaled access to the intellectual workings and creative processes behind the work of celebrated international writers.

The transatlantic literary festival was launched in 2017 as collaboration by the Charleston Library Society and The Charleston Trust in England. The annual event celebrates a diverse lineup of celebrated, established authors as well as up-and-coming writers making considerable impacts in the literary universe.

“Charleston to Charleston celebrates the power of the written word to shape our thoughts and actions,” Leah Rhyne, Executive Director of the festival, said. “We love the mix of famous writers and emerging voices who will participate in these intimate events, and encourage all of our fans to discover their next favorite author at the festival.”

As the first transatlantic festival of its kind to celebrate the crossroads of literature, creativity, and intellectual discourse, C2C will once again provide a platform for attendees and special guests to engage in stimulating discussions that provide new perspectives and challenge their points of view. When the day’s events wrap up, C2C 2019 attendees can attend elegant receptions and speak directly with other attendees and literary guests.

Ticket options include individual event admission starting at $25; a $300 All Access Pass covers admission to every event at The Dock Street Theatre and the Charleston Library Society (at a savings of $50 from individual tickets,) and a $400 VIP badge that includes:

Tickets can be purchased here.  For more information about C2C 2019, visit http://www.charlestontocharleston.com.