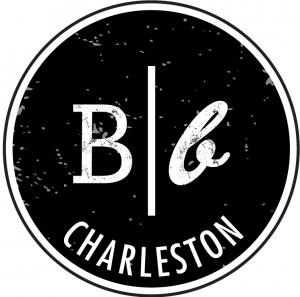 Board & Brush Creative Studio, located at 1300 Savannah Highway, Suite 2, will host its grand opening on Saturday, August 10th from 11 am to 2 pm with gift bags for the first 50 people and a chance to win a private VIP sign-making party for six valued at more than $400.

Attendees can also enjoy free sweet treats, beverages, and a first look inside the studio. The grand opening event is free and open to the public. For more on the new studio and to register for a workshop to create your own home décor piece of art, log on to boardandbrush.com/charleston. Workshops officially start August 16th.

Here’s what the company has to say about the business:

You need not be a master craftsperson to sign up at the Charleston studio, with novices feeling right at home at Board & Brush thanks to the instructor-led format of the workshops during which attendees are guided through the ins and outs of power tools, paint, art and assembly, with all materials supplied by the studio. Each workshop lasts about three hours and attendees can select from hundreds of design templates, with new ones added each month. The company works with top graphic designers around the country to create the designs, most with a vintage farmhouse look. A workshop cost is $68 and pre-registration is required.

Owners Whitney and Andrew Mitchell are still practically newlyweds, married for just two years. They met in in college while attending their now alma mater Clemson University. “The sweets for the grand opening will be from Honey’s Baking who did our wedding cake,” shared Whitney. While both Whitney and Andrew plan to keep their day jobs – she as a sonographer performing vascular ultrasounds and he as a mechanical engineer – they’ll come together to instruct workshops at the studio. Whitney’s skills from her former career as a teacher will come in handy, as will their shared love of DIY projects. They’ll also be adding one more title to their resume – parents – with their first due on Christmas Day. “Our future DIYer will be a frequent visitor to the studio,” said Whitney.

The Mitchells stumbled upon the Board & Brush concept when one of Whitney’s cousins posted on Facebook about her experience at a studio in Arizona. “We wanted to own a business and had thrown around some ideas, but this really piqued both our interests,” said Whitney. “There wasn’t a Board & Brush studio in the area and we knew someone would want to bring this to Charleston, so we thought, why not us.”

The next step for the Mitchells was to visit the flagship studio in Wisconsin, and that was followed by a family outing at the holidays to a Board & Brush in Pennsylvania. “My family loved it and that sealed the deal,” said Whitney. As for the sign she made at her first workshop, it was the design that reads “A house is not a home without a golden doodle” in honor of their puppy Riggs, who may be found making himself at home at the studio.

The Mitchells see this new business of theirs as a way to bring people together. “It’s the kind of activity we’d be looking for, something new and fun that you can do together,” said Whitney. And while they’re both DIYers, Whitney encourages people who don’t consider themselves crafty to give it a try. “Never be afraid to try something new, plus everything is fixable here and it will just make your sign unique to you,” offered Whitney.

Andrew noted that they plan to donate to non-profit organizations that support health and wellness, including the Medical University of South Carolina’s Shawn Jenkins Children’s Hospital and The Spokes Group, which provides bikes to children across the Lowcountry.

The Charleston Board & Brush is located in the Midway Plaza shopping center in West Ashley.

About Board & Brush Creative Studio

What started as a holiday “girl’s night out” in Hartland, Wis., with wine and crafts in the founder’s basement turned into a business idea and then a reality in March of 2015. The founder of the company, Julie Selby, has a passion for helping women and couples follow their dreams to be business owners and empowering workshop attendees to try a DIY project to put them on a path to new confidence and creativity. Board & Brush Creative Studio was ranked one of the top 50 fastest growing franchises in the U.S. for 2019 by Entrepreneur magazine, with more than 200 locations in 39 states and counting. Board & Brush offers a wide variety of hands-on experiences including workshops, private parties, bridal showers, bachelorette gatherings, corporate events, and fundraisers. All projects are a flat fee and include everything needed to leave with a piece of art that looks professionally made. Here’s a behind-the-scenes peek at a workshop. The company’s website is www.BoardandBrush.com. Board & Brush Creative Studio has its corporate headquarters in Hartland, Wis.

Follow us
Related Topics:Board & Brush Creative Studio
Up Next