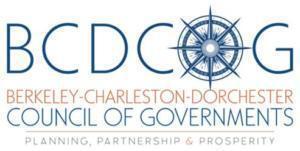 The Berkeley-Charleston-Dorchester Council of Governments (BCDCOG) on Tuesday received nearly $1.4 million from South Carolina’s share of the Volkswagen Settlement Fund that will be used to purchase two all-electric buses and a pair of charging stations.

“This is another win for public transit in the Lowcountry,” said CARTA Board of Directors Chairman Mike Seekings. “Clean energy public transportation is vital to our region’s future and the arrival of these environmentally–friendly vehicles will mark another step forward in the ongoing modernization of our fleet and services.”

BCDCOG received $1,386,950 for the vehicles and power stations. The total cost of the purchases will be $1.7 million with 20 percent of that cost covered by Charleston County half-cent sales tax revenue. Further revenue from scrappage of discarded vehicles will also leveraged.The Volkswagen funds were administered by the S.C. Department of Insurance at Gov. Henry McMaster’s direction. SCDOI partially fund three of eight applications statewide.

“Many people played an integral role in this award including BCDCOG staff and the many supporting parties and entities who wrote letters of support on our behalf,” Seekings said. “We would also like to thank the S.C. Department of Insurance for selecting us and Gov. McMaster for the opportunity.”