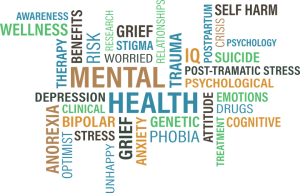 Behavioral health issues affect the mind and the body. It’s the link between mental health and the inflected behaviors that are caused by it. The behaviors include personality disorders such as BPD (borderline personality disorder), bipolar disorder, BDD (body dysmorphia), anxiety and its attacks, depression, eating disorders, and more. While the symptoms of the patient and a healthy person may appear the same, the difference lies in the fact that people who deal with such mental issues will not be able to control their behaviors even if they aware of what they are doing. Some of the people who suffer from personality disorders build their whole lives around some wrong decisions out of compulsion. But what are the causes behind these conditions, and what are some of their well-known treatment options?

Obsessiveness, narcissistic behaviors, self-destructive patterns, and other behavioral problems are mainly inherited. Studies showed that the most common factor that contributes to personality disorders is genetics. The most important consideration that the family of the patient should bear in mind is how they shouldn’t follow the stigma around these types of disorders. They need to know that everyone’s experience is different. Members of the family who have the same mental issues shouldn’t force their explanation on the patient.

Researches have even started working on figuring out the specific genetic factors that are responsible for personality disorders to be able to reach a solution in the future that will remove the source of the problem. A team, for example, has been able to identify the malfunctioning gene that contributes to obsessive-compulsive disorder. Other teams have also been exploring the genetics behind aggression, anxiety, and panic disorder. While there is no real solution right now for the root of these problems, symptoms can still be managed through typical treatment options. 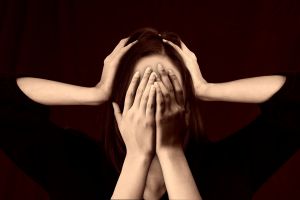 The second most common cause is childhood traumas. The tough situations that leave a permanent print in your mind that cannot easily be removed can cause many behavioral and mental health issues. Some clues are looked for to be able to identify whether childhood experiences have caused traumas or not and what are those experiences.  Sexual abuse has been identified to be the main reason behind most personality disorders, especially BPD.

Childhood traumas are considered to be the main contributing factor to most of the frowned-upon behaviors that accompany these disorders. Promiscuity and drug abuse are the two most visible clues that can show if someone is using some coping mechanisms to avoid dealing with their real issues. In these situations, treating substance abuse through drug rehab is the number one priority before proceeding to treat the main issues. Psychiatric hospitalization may be required in some of the cases that use their drug abuse in a destructive manner to self-harm or to even end their lives in some cases. Concentrating on dealing with the health problems themselves after you have been treated from these critical disorders-related issues is essential as a part of the recovery. Psychotherapy is the most effective way for these behavioral distortions using methods such as DBT (dialectic behavior therapy), CBT (cognitive behavior therapy), group therapy, individual therapy, and more.

Many people ignore their symptoms as they prefer to learn about how to live with them instead of treating themselves. If you are struggling with any behavioral health issues or mental illnesses, it’s better to seek professional medical help. There are so many treatment options that are available to deal with behavior disorders. Do your research to find the most effective way that will help you get better.