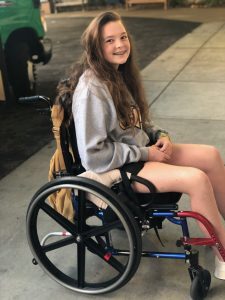 Dog and Duck Family Pubs announced that their annual charitable golf tournament – which was held on May 6, 2019 at Wild Dunes Harbor Course – raised more than $32,000 for local nonprofit I GOT LEGS and the Sydney Fowler Fund.

Sydney Fowler, a 13-year-old local student, was paralyzed from a staph infection in her spine in December 2018. She attends Laing Middle School and is a brown belt in karate and member of several volleyball teams. Proceeds from the golf tournament has helped to adapt Sydney Fowler’s house for her return home from spinal cord injury rehab in Atlanta, which includes an elevator. It also will help her medical bills and allow her and her family to focus on her therapy.

This tournament was also memorable because for the first time in 13 years, Adam Gorlitsky, founder of I GOT LEGS, had a chance to play golf thanks to the Westcott Golf Club’s PARAmobile unit. The first time since Gorlitsky was involved in a catastrophic car accident in 2005, which left him paralyzed from the waist-down with a spinal cord injury. He founded in 2016, I GOT LEGS.

“When we heard about Sydney’s situation, we knew we wanted to help any way we could,” said Rod Bradley, co-owner of Dog and Duck Family Pubs. “Teaming up with I GOT LEGS and Adam Gorlitsky was natural. The gumption and passion Adam has, to not only propel himself, but so many others to re-enable themselves with today’s technology is beyond admirable.”

Thanks to the generosity of the sponsors and donations from patrons of the Annual Golf Tournament, the following happened:

“Last week, our sweet Sydney moved her right leg up and down in the most pronounced movement we’ve seen so far.” Her mother, Christi Fowler, posted on her CaringBridge Page on June 10, 2019. Watch her new movement here.