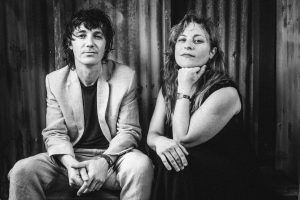 Acclaimed local rock duo Shovels & Rope will head out on a headlining fall tour on October 3rd in support of their highly-praised new album By Blood and last week premiered the trailer for their upcoming film, Shovels & Rope: The Movie, which will be released on August 2nd.

Shovels & Rope: The Movie is a conceptual film that breaks the mold of a traditional concert movie. Filmed during a 2017 live show, the movie features a surreal storyline with actors and a setting that moves in and out of the duo’s rousing performance in front of a sold out crowd. The two worlds finally come together in a dreamlike circumstance as the band appears and participates in a boisterous communal gathering with a cast of characters. Shovels & Rope: The Movie will be released direct to consumer and will include a separate download of ten live tracks. For more information, go to www.shovelsandrope.com.

You can watch a trailer for the film below.
–

Follow us
Related Topics:shovels & ropeShovels & Rope: The Movie
Up Next

Documentary Explores Use of Enslaved Labor at College of Charleston