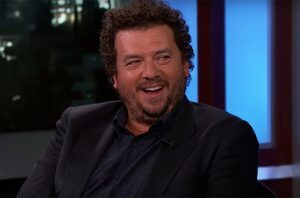 Actor, comedian, and writer Danny McBride was a guest Wednesday on Jimmy Kimmel Live! and he had plenty to say about Charleston – including his famous visit from Kanye West.

McBride moved from Los Angeles to the Holy City and has filmed several projects in the area – Vice Principals, Halloween, and the upcoming HBO series The Righteous Gemstones.

Although he was on Kimmel to promote the new show, the actor spent much of his segment discussing his time in the Palmetto State. McBride talked about lobbying Governor McMaster and other politicians to increase South Carolina’s film production incentives, searching for prehistoric shark teeth, and Kanye West’s 2018 visit to the Holy City.

You can see the full video below.

Tradd’s Shuttering at the End of the Month