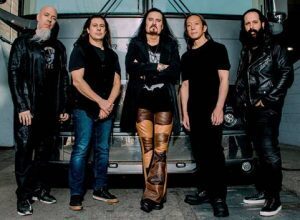 Two-time Grammy-nominated and millions-selling progressive metal band Dream Theater will bring their “The Distance Over Time Tour – Celebrating 20 Years of Scenes From A Memory” to the North Charleston Performing Arts Center on on October 8th. Tickets go on sale Friday, July 26th at 10 am. VIP packages can be found at www.dreamtheater.net.

The first leg of tour gathered critical acclaim and fan praise due in large part to the diverse setlist the band created. Dream Theater featured tracks from their latest release Distance Over Time and selections from their 30-year career along with a nightly celebration of the 20th Anniversary of their seminal concept album Metropolis Part 2: Scenes From A Memory that the band performed in its entirety. The band will continue that trend on the Fall tour to create an evening of over 2 hours and 45 minutes of live music.

After landing at the No. 1 spot on the iTunes Top Album Chart the day it was released, Distance Over Time has gone on to be an instant classic among fans. The album landed at No. 5 on the Top Current Album Chart and debuted at No. 24 on the Billboard 200. It also found a home at No. 2 on the Hard Music Chart and No. 3 on the Rock Chart. The band also garnered over 10 million total streams for Distance Over Time through release week, a career high for the band in the streaming age.