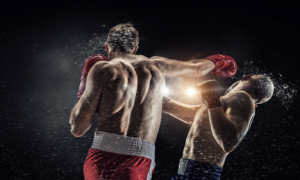 Making a statement with your latest fight is the only way to attract the spotlight when you are a rising star. Boxing is undeniably a ruthless sports and you do not get a lot of chances to show your sparks. Hence, you must make all your punches count.

For these boxers in our list; it is even tougher as they have everything at stake here. Surely, no one expects them to become Mohammad Ali overnight, but they must own their stage on their next fight.

They need to give it their very best in the coming days to show that they are here to stay.

Jessie Vargas
The fact that Jessie Vargas is one of the world champions speaks volume of what he can achieve. But, sadly, his last fight was way short of being impressive. True, that he was faced against a worthy competitor – Demarco. People easily expected him to come out on top. But, his performance did not impress his fans – at all.

People might tend to avoid the next match between Jessie and Manny Pacquiao. You need to give the audience some “ohh” moments if you want them to keep coming on your fights. As that did not happen in Jessie’s last few fights – it is expected to have a lower sales number.

To have a decent ticket sale, Jessie must have another fight beforehand and win GOOD! He must show what he has got and knock this out of the park to get back on the good list again.

Evgeny Gradovich
To everyone’s surprise, the last fight between Evgeny Gradovich and Jayson Velez was a draw. No one was expecting this thrilling fight to end in a draw – at all. It was a good performance from Evgeny Gradovich’s end. But, in the world of boxing – good isn’t good enough.

Although Jayson Velez is a strong fighter himself – people expected Evgeny Gradovich to come out on top. The draw put a dent on Evgeny Gradovich’s pitcher perfect journey so far.

You want to maintain your record to gain attention on the featherweight scene. It is stacked with talented fighters like Nicholas Walters, Vasyl Lomachenko and Abner Mares.

A statement must be made on the next fight – by Evgeny Gradovich. Otherwise; it is going to get might tough to grab some limelight in this star-shrouded segment.

Mickey Bey
To everyone’s surprise – Mickey Bey won the last IBF lightweight against the crowd favorite Miguel Vazquez. His win must be one of the least memorable victories of recent times and it got some fans to rage quit the scene.

No doubt that Mickey Bey is a strong fighter but his skills in September was not to write about.

Yes, Vazquez is an irregular name in the arena right now but he still came up with a tough fight. But, he still put up a good fight and people are excited about his next fights. So, to shift the limelight on himself – Mickey Bey must come up with an exceptionally well win!

A consecutive good fight can turn Mickey Bey from a good fighter to one of the greats.

Vyacheslav Glazkov
All eyes were on Vyacheslav Glazkov in March after he won the fight against Tomasz Adamek. He was simply a force to be reckoned with. So, when he blew up his next match in August against Derric Rossy – people were not very impressed anymore.

Don’t get me wrong, he is still an undefeated pro in his game but it really didn’t show in his last fight.

Yes, his below-average performance can be attributed to his family issues as he had not heard from his parents for a long time. But, there are a few audiences out there who are gonna melt with this excuse.

His last fight of the year with Darnell Wilson in November did give him some decent momentum. Let’s just hope that he can carry onto this path holding this same momentum.

Omar Figueroa
With 24 wins and 18 Knock-Outs under his belt, it is easy to see why is considered one of the brightest future stars. The crowd went wild when he took on the veteran fighter Daniel Estrada with his perfect punches.

Before that; he gained a considerable reputation. Simply for snatching the victory in front of Jerry Belmontes last April.

You might wonder, what went wrong then? Well, Omar Figueroa fell the victim of a severe injury after his last fight. He is still recovering from it.

Naturally, the fans expect the boxers to perform below average after a recovery. That’s why the next match is so important for Omar Figueroa. To show he can rise from the ashes like a phoenix.
Shawn Porter
You might remember Shawn Porter from the epic December 2013 IBF final fight where he won the title by beating Devon Alexander. One of his last fights always entertained the crowd when he beat the life out of Paulie Malignaggi.

He pulled off another shocking fight against Kell Brook where even the judges expected him on the winning side. But, Kell snatched the victory in front of his face at the very last moment.

So, the next match is going to be very decisive of Shawn Porter’s career. Two back to back lose can harm his career. He must have his eyes on gold at the moment.
Leo Santa Cruz
There are many sports expert declaring Leo Santa Cruz as one of the most thrilling new talents in the boxing arena at the moment. He is the right balance of action and skills – making him an instant crowd favorite when he debuted.

But recently, he is kinda off the grid as he is not getting many famous fighters in the arena opposite him. He suffered heavy criticism as well. After he ditched his normal tactics and went defensive against Manuel Roman in 2014. People were not very impressed and ticket sales dropped an all-time low.

So, the next fight is definitely going to be the do or die fight for Leo Santa Cruz and he has to come up on the top.

Coming up on top of the grossing list for five consecutive years; it’s mind-blowing to ponder how much he is worth. While his 2017’s fight with Conor McGregor is easily the fight of the century – many believe that Floyd Mayweather’s glory days are over.

But, after a recent feud with Manny Pacquiao on Instagram; a lot of fans are speculating a fight between these two. This could be one of the brightest career moments for Floyd Mayweather to show the world that he has still got the flame within him.

Conclusion
So, who do you want to slay on the next fight? Let us know in the comment section below. Until then, stay sharp and stay strong!

Most Trending Things to Write About This Weekend

Teach Your Kids to Use Technology Wisely – Complete Guide