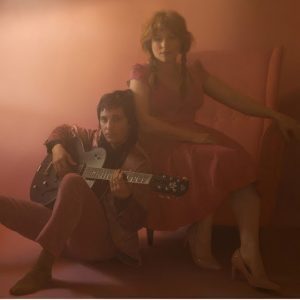 Shortly after announcing a return trip to the Charleston Music Hall, local band Shovels & Rope surprised the community by posting that they will also perform at the Music Farm on Thursday, October 3rd at 8 pm. Tickets, which include a VIP option, are already available for purchase.

Shovels & Rope, the musical husband-and-wife duo of Michael Trent and Cary Ann Hearst, have several credits to their names. They are award-winning musicians, festival curators, film subjects, beer creators, and children’s book authors. The group has release five studio albums and two collaborative projects (Busted Jukebox, Vol. 1 & 2) since 2008. Their most recent album is By Blood, which was released in April.

Tickets to the Music Farm show can be purchased here.

WATCH: Videos from The 2019 Charleston Forum