Powerhouse Entertainment Duo Continue to Give To the Low Country. Maybe It’s Time To Give Back! 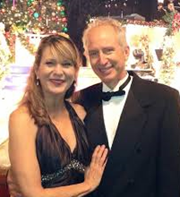 Over 30 years ago, a Broadway performer met a former Radio City Music Hall ‘rockette’ and a union was formed in entertainment heaven. After a brief stay in North Carolina, the twosome made their way to Charleston in the mid 1990’s – with the residents of the Lowcountry being further blessed. Fast forward to 2019 and Brad and Jennifer Moranz are widely recognized as the first couple of the Charleston entertainment scene.

For nearly a quarter century the Moranz’s have committed themselves to enriching the Holy City by presenting spectacular one of a kind musical variety shows at the Charleston Music Hall. Even when the management at the Music Hall fell on tough times during the late 1990’s the Moranz’s willed a way to keep bringing their annual shows to the historic downtown venue.

With their love and appreciation for song and dance ranging from the 1940’s up through the modern era, Brad and Jennifer present a wide range of shows, that have for years offered young and old audiences something to enjoy. Pop, rock, soul, country, gospel, and Broadway tunes are often intertwined between comedy skits, ventriloquism, musicianship, and precision choreography. 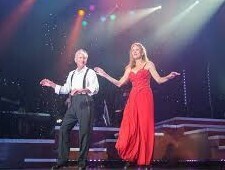 Their performances are nothing less than you’d see in theatres in New York, Vegas, Branson, or Pigeon Forge, with several of the entertainers coming from the bigger markets to perform here. The performers they contract with have performed on stage and screen, many travelling throughout the United States and abroad, with others regulars on the popular cruise ship circuits. Quality is key with Brad and Jennifer Moranz.

While all of the entertainers the Moranz’ utilize are extremely talented, some are nurtured right here in the low country. Often developing talents, in their teenage years jumpstart their careers on the Charleston Music Hall stage under the watchful eye of Brad and Jennifer. Singers who excel in opera and modern music, as well as dancers often move on to pursue their dreams in the entertainment field.

You’ve heard it said that time waits for no one. We all age. Not to fret Brad and Jennifer are acute and as lively as their ages allow them to be. If show biz has taught us anything the show must go on, and performers will entertain long past the age the rest of us have called it quits. For entertainers it’s part of their DNA, and the Moranz’ have entertaining the masses in their blood.

Relying on clever marketing along with advertising, the Moranz’ maintained a core following over the years. Primarily the shows have played to seniors, older baby boomers, and those generally enthused by the performing arts. With the senior crowd thinning, and baby boomers becoming the next generation seniors, it’s time for new faces to join the ranks.

Brad and Jennifer’s highly celebrated Christmas Show has maintained a core following. To see any of the Moranz’ variety or holiday specials is akin to visiting New York City and taking in a show in the Big Apple. Considering all you’d have to do and spend to achieve such a goal, it makes more sense to travel to downtown Charleston, pay $5 to park and maybe around $30 for a ticket to the Charleston Music Hall.

I urge anyone who loves music, adored the old time 1970 -80’s television variety shows, and holiday specials to strongly consider attending any and all entertainment shows produced by the Moranz’ at the Charleston Music Hall. You get way more bang for your buck. Quality entertainment on this level can not fade away in the Charleston. What they do, and the performers they help nurture and keep busy must remain a constant in Charleston.

When you consider the cost of attending a concert, a sports event, or the movies, it only makes sense to put a variety show such as the Moranz’ present on your calendar. The overall experience is awesome and a great way to enjoy a night out with family and friends. It’s hard to describe the enjoyment one gets from seeing something like a Moranz production. You have to witness it for yourself.

The singers are exceptional, the dancers impeccable, and the musicians are among the best you’ll find in and around Charleston. If you have not attended a variety show or their long running Charleston Christmas Special, I beg you to consider making time. If you’re a fan of American Idol, The Voice, Dancing With the Stars, or any of the televised talent competitions, than the Moranz’ variety shows are right up your alley. If you’re not, than I challenge you to step outside your comfort zone. Start with their annual Christmas show. It will get you in the holiday mood.

Over the years aside from the ever popular Christmas Special, the Moranz’ have presented two or three additional variety shows encompassing all types of music, dance, and comedy. But in recent years they’ve scaled back, mostly due to more things available to audiences throughout the low country, and presenting shows in summer has its own challenges.. Hosting four shows over a calendar year is not overkill, and given the population of the tri-county, many who are transients from up north, Brad and Jennifer’s shows should play to near sold out audiences.

Brad and Jennifer Moranz are the life blood of these shows. They don’t happen over night, taking months and months to prepare, with every detail carefully taken into consideration. A lot happens behind the scenes. The songs, the dance numbers, the comedy routines, all designed with precision, including the stage design and costumes. The whole idea behind what the Moranz’ do, is to bring high quality family friendly entertainment to the low country. 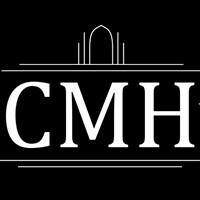 Again I urge you, take in a show, and keep their schedule of events on your radar. For nearly 25 years each and every show they’ve presented have left audiences with that ‘feel good’ sensation. Two things must happen. Their shows must continue, and they must continue at the Charleston Music Hall, where it all began.

Thank you Brad and Jennifer Moranz for putting the work and passion into what you do, and entertaining Charleston. Thank you for bringing the glitz and glamour found on Broadway or in the entertainment meccas to the Holy City.  For the Moranz’ the show will go on. We owe them a debt of gratitude, and I can only hope and pray their passion continues in Charleston for years to come.

Find all you need to know on Brad and Jennifer Moranz by visiting their website, https://bradandjennifermoranz.com/