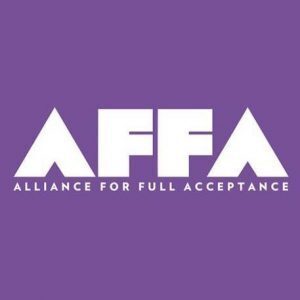 The Alliance For Full Acceptance (AFFA) this weekend released a statement regarding the murder of a transgender woman in North Charleston. The group also announced that a vigil in her memory would be held on Monday, July 22nd at 8 pm at the Equality Hub (1801 Reynolds Avenue in North Charleston). All allies of the transgender community are invited to attend.

AFFA’s statement was as follows:

“(We) stand in solidarity with the Charleston-area transgender community as we have received the tragic news that one of our transgender sisters was murdered early in the morning on Saturday, July 20, in North Charleston. As is too often the case, Denali Berries Stuckey has been misgendered (using pronouns that are not congruent with how a transgender person self-identifies) and dead-named (calling a transgender person by their former name and not the name they chose for themselves) in both police and media reports. Friends of Denali confirm that she identified as transgender and used feminine pronouns.

The Alliance For Full Acceptance (AFFA), a social justice organization advocating on behalf of the LGBTQ community, issued the following response from Executive Director Chase Glenn, who also identifies as transgender:

I am heartbroken and outraged by the news of yet another murder of one of our transgender community members.  Denali is the third known black trans woman to have been murdered in South Carolina since 2018. While the greater community may be either unaware or disinterested in this news, it is important to understand the epidemic of violence against trans women of color and the crisis point at which we are now and have been for years.

Recently, the Transgender Law Center and Southerners on New Ground released the Grapevine Report showing just how widespread violence against the transgender community is in the South. 58% of transgender women and femmes (an identity or presentation that leans towards femininity) surveyed reported experiencing high levels of violence by strangers.

In this moment, we are focused on our responsibility to honor and memorialize Denali as she chose to identify herself, while raising much-needed awareness among the general public about the violence perpetrated against the transgender community— and more specifically trans women of color.  We refuse to become numb. We will continue to say the names of these women and remember them how they would have wanted to be remembered.

AFFA, Charleston Pride, We Are Family, Charleston Area Transgender Support, Charleston Black Pride, SC Equality and other community leaders are planning a vigil in memory of Denali on Monday, July 22, 2019, at 8:00pm at the Equality Hub (1801 Reynolds Avenue, North Charleston). All allies of the transgender community are invited to attend.”

Follow us
Related Topics:Alliance For Full Acceptance
Up Next