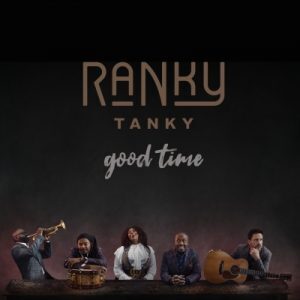 The video, which you can see below, was filmed in Charleston and features several local businesses, including some with ties to the Gullah community – Dave’s Carry-Out, Knight’s Supermarket, Mr. B’s Private Club, and The Commodore. Viewers will also catch glimpses of The American Theater, Hot Mustard, and several downtown neighborhoods. In addition, some familiar local faces can be spotted throughout the video – Mayor John Tecklenburg, Charleston’s poet laureate Marcus Amaker, comedian Brian T. Shirley, and more.

Ranky Tanky says they perform the “timeless music of Gullah culture – from playful game songs to ecstatic shouts, from heartbreaking spirituals to delicate lullabies.” Their self-titled debut album reached No. 1 on on the Billboard, iTunes, and Amazon Jazz Charts.

You can purchase the new album here.

Shovels & Rope Return to the Music Hall in October