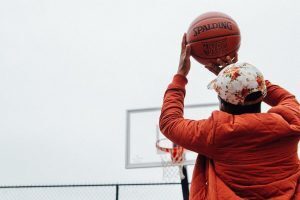 Unlike most of the other states, since South Carolina doesn’t have their own team playing in the NBA, aspiring professionals from the region eagerly await to be picked by the best NBA teams across the board come draft time. Over the years, South Carolina has produced some truly remarkable players who have gone ahead and made a name for themselves, and the state, in basketball. However, it is the young guns that are of interest with each new season of the NBA promising to be an exciting adventure packed with great plays and spectacular moments.

The 2019 season draft took place in June of this year and saw three exceptional South Carolina natives moving in with top teams of the NBA. An exciting time for fans and players, the drafts are also a sign of things to come and an essential aspect of the game if you participate in sports betting. You can find here free bets and bonus offers by the leading bookmakers that, when played right, can lead to significant earnings once the matches commence later in the year. To watch our South Carolinian players make it big in the NBA will definitely be a moment of pride, and winning some cash along with their teams, the cherry on top of a sweet cake called basketball.

It’s a big deal being number one in the first round of the draft picks, and Williamson got that tremendous honour this year. Already popular with the masses, he was named Mr Basketball in his senior year. His performance at the college level has been nothing short of spectacular as he played for Duke who had a 32-win season last year. Williamson is now with the Pelicans and considering his former one-time South Carolina Hornets teammate Ja Morant is also in the NBA; it will be interesting to see how these high performing athletes do on a much bigger and intense basketball stage. 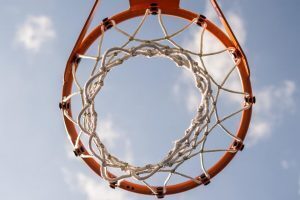 Charleston’s Jarrell Brantley came in further down the road in the draft picks and was initially picked up by the Pacers only to be traded to the Utah Jazz, from where he is likely to begin his NBA journey. A fascinating aspect about Brantley and those following his career will concur, is that he has improved with hard work over the years. His gameplay was always a class apart, but his achievements in college and his will to make it big have taken him to this high point of his career, and how Utah Jazz moulds him into a formidable professional will be worth a watch.

It’s one thing to catch the eye of managers and scouts, and a whole different ball game when your playing capabilities are making a run around social media. Ja Morant is a YouTube star for his physics-defying plays, and for leading the nation when it came to assists per game for his college last year. But this is not all for a show, for Morant is a talent that everyone is talking about, and many overlooked till very recently. As the second pick in the drafts, he was quickly taken up by the Grizzlies, who for sure will be making the most of his eccentric and powerful gameplay this season