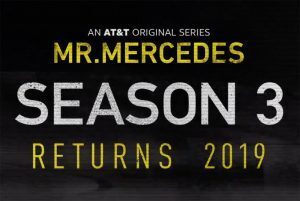 Mr. Mercedes, a television series based on a best-selling Stephen King novel of the same name, will return for its third season at 10 pm on Tuesday, September 10th on AT&T’s Audience network. All three seasons of the series were filmed in the Charleston area.


Brendan Gleeson, Justine Lupe, Jharrel Jerome and Breeda Wool star in the series, while Holland Taylor and Bruce Dern guest star. The third season will follow the story from Finders Keepers, the second book in the “Bill Hodges Trilogy.”

Plenty of Charlestonians are likely to appear on screen as Tona B. Dahlquist Casting helped get many locals included in the series as extras.