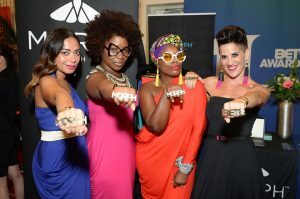 MORPH Clothing, a Charleston-based brand, provided their sustainable “#OneDressForAll” multi-wear dress to celebrities like MC Lyte, HER, Lisa Raye, and more for the BET Awards Weekend in Los Angeles from June 21st to June 23rd.

“This experience was beyond amazing,” Cristy Pratt, MORPH Clothing owner and fashion designer, said. “I’m so grateful to meet so many talented creatives in one room.”

Television producer Mona Scott-Young was so impressed with the dress, that she decided to wear it on the red carpet.