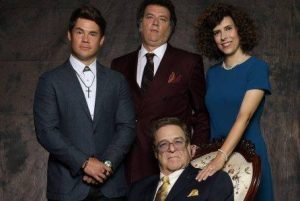 A local casting agency is once again accepting submissions for those interested in working as paid extras on “The Righteous Gemstones,” a new HBO show starring Danny McBride, John Goodman, Edi Patterson, and Adam DeVine that is currently filming in and around Charleston. Filming for the first season is coming to an end, so this will be your last chance to be part of the show (unless the series is renewed for another season).


Casting is currently seeking the following:
If you are 100% available on a date (or dates) listed, follow the guidelines below to submit for consideration:
You can keep up with the show’s casting needs here.

The half-hour comedy series was created by McBride, who will write, direct, executive produce, and act in the show. The pilot episode was filmed in the Charleston area back in August of last year.

Follow us
Related Topics:hboThe Righteous GemstonesTona B Dahlquist Casting
Up Next