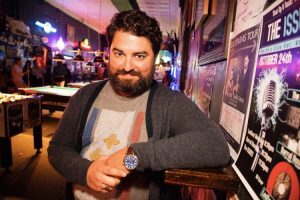 This special event will be $15 for advance tickets and $20 at the door. This show is not for kids. Suggested age is 17 or older. No ID requirement unless you are ordering alcohol.

This show will likely sell out, so get your tickets early. Seating is first come, first serve. Creekside Kitchen and Brewhouse is located at 2600 Savannah Hwy. in West Ashley.