Building a collection of items is a popular hobby the world over, although some categories are more popular than others. Here is a quick rundown of the biggest hitters in the world of collecting. 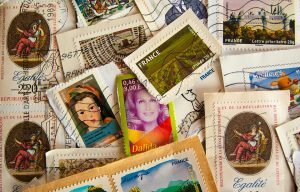 Stamps
One of the most enduring pastimes of this kind, stamp collecting is a hit with millions of people and the most sought-after stamps can sell for millions.

The added benefit of choosing to collect stamps rather than anything else is that they take up very little space, so there’s no need to dedicate entire rooms to storing them.

Video Games
Arriving on the scene far more recently than stamps, video games have nevertheless managed to become yet another sought-after subcategory.

While hit titles sell in their millions, the move to digital downloads has made physical copies less commonplace. Extremely rare games can be worth over $40,000, with obscure examples like Bandai’s Stadium Events managing to attain an almost mythic status.

Military Memorabilia
From vintage uniforms to modern products like darkside blades weapons, picking up military memorabilia to cherish and preserve it is something that ignites a passion in plenty of collectors.

In many cases the most hardcore members of this community will also open up their vast collections for public viewing, effectively creating private museums which are a testament to the many manifestations of the art of war throughout human history.

Vinyl Records
As with video games, the rise of modern technology has meant that music recordings no longer sell as physical copies in the vast volumes that they once did. However, the increasing demand for turntables and revival of vinyl as a medium has also helped to propel the popularity of collecting classic LPs, which is good news for the long term prospects of this niche.

In many cases the records which are the most valuable to collectors are rare by design; limited pressings, unique sleeve designs and different vinyl colours are all used to coax customers into buying the same album multiple times.

Comic Books
Already popular in one section of society, vintage comic books have exploded into the mainstream over the past decade thanks to the influence of the Marvel Cinematic Universe at the box office.

It is not unusual for comic books which feature the first appearance of a particularly famous hero to sell for several million dollars. This was the case for Action Comics #1 in which Superman made his debut; it made $3.2 million at auction in 2014 and is likely worth even more today.

Coins
Like stamp collecting, there is a lot to be said for the small size of coins and other currency from a purely practical standpoint. They also hold a huge appeal thanks to the history they represent.

Whether pulled from a hidden Viking hoard that has lurked beneath farmland for centuries, or minted for a special occasion in a more recent era, coins can tell us a lot about our own past. Collecting them makes this past accessible and sustainable for future generations to enjoy.